Covid-19 and the ‘science’ of the wizards 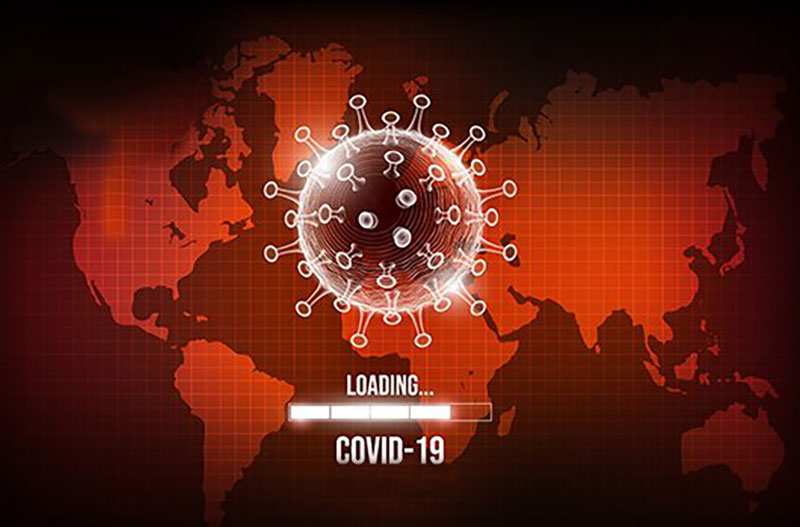 Dr. Diyanath Samarasinghe, speaking on ‘How the [medical] profession can help us balance work and life issues,’ at an event organised by the Sri Lanka Medical Association (SLMA), made a very interesting observation on science and the scientific approach. The example he took to illustrate his point, ironically, alluded to an SLMA statement regarding what measures the Government should take to reduce Covid transmission.

This is what he said:
‘I’ve been having a running battle with some members of my profession who are, at this moment, recommending further and further orders for people to stay at home to reduce Covid transmission. Now we think this is a science based thing. That’s just the technological or superficial component of this business — applying the known facts. The scientist has to use these facts and make predictions; and say, ‘if in two weeks these indicators do not change at all, I have to go back and see if my theory is right. You can’t say that at the end of two weeks and say…’no we need two more weeks’. If you keep extending like that, of course it will come down, and you can say ‘our recommendations work.’ We have to give criteria by which we shall be found fault with if we fail. That is science. That is the science based approach. Not forever to go on in faith that what we are saying is absolutely right, we know, and then explaining away any observations that do not accord with what should have transpired had our plan actually worked.’

The problem is that not everyone is a doctor and not everyone has a doctor’s income. Some have disposable incomes and some are heavily dependent on daily wage. Lock them down (or lock them out, as is the case) and you have a problem of households struggling to get meals on the table

Dr. Samarasinghe spoke on June 15. The SLMA had already written to the President urging that the lockdown be extended at least until June 28. This was on June 11, four days before Dr. Samarasinghe made the above observations. And four days later, on June 19, the SLMA wrote to the President again, expressing dismay at the decision to partially lift restrictions from June 21 to the 23.

Now, as I have written on several occasions, Covid -19 has spawned, among other things, countless epidemiologists and an equal number of experts on practical measures to curb the spread, not to mention quite a few who have come up with miracle cures. We must also mention that the pharmaceutical industry is making a killing. Ironic, that word, but let’s leave it at that for now. The SLMA is made of people in the medical profession. They are not lay persons who are clueless about diseases and remedies. Naturally, what they have to say has more credence than out-of-the-woodwork pundits. We trust them. We have been taught to trust them. The trust is misplaced in certain cases, but even the mistrusting will, if needed, go to a hospital, see a doctor and take prescribed medicines.

Dr. Samarasinghe has theories about the relevant politics and indeed the relevant political economy, but he’s not discussing any of that here. He’s talking about the science. He’s commenting about the scientific approach.
The generous view would be that the SLMA statement was backed by relevant research. It’s not evident in the letter sent to the President, which, for reasons best known to the SLMA, was released to the media even before the intended recipient had a chance to read and respond, if of course he believed response was warranted.

It is clear that there are certain strategies that have been adopted. Restriction is one. The vaccination programme is another. Then there’s treatment. All this amid safety protocols which no citizen can claim to be unaware of, not just with regard to personal safety but response to evidence of symptoms. All this, moreover in a context where managing the situation, has to be balanced with the need to keep economic activity going.

There are no fool-proof strategies. As the SLMA has pointed out, there is also the issue of mutation and resultant variants. Whether vaccines can cover existent variants and those yet to emerge is a moot point. Let us also not forget that knowledge of the virus is still in its infancy. For this reason, this is a problem that is akin to a game where goalposts are constantly moved and often without warning. One exit can take us to another field where the strategies which got us there will just not work.

It is a national problem and therefore has to be addressed by one and all. The ‘one and all’ can include those who gave themselves degrees related to epidemics. That’s not surprising. All the more reason for outfits, such as the SLMA is to ‘be on the ball.’ And, all the more reasons for such organisations to base statements on evidence and indeed state the evidence. The SLMA has promised to make public ‘an exit strategy.’ One hopes that such a strategy takes into account the other compelling needs of the country, i.e. things which are impacted by the pandemic but cannot be wished away. Indeed, the SLMA, one hopes, would consult those who have been working tirelessly to enforce risk-mitigation strategies (and not all of them are doctors), those who have to facilitate economic activity and those who have to design and implement strategies to make sure no one goes without food.

The numbers are important. The easy way is to take the aggregates (inflate them too, as is often done, perniciously), average and extrapolate. You can come up with multiple doom’s day scenarios that way, all the more easier when you are not called to verify the numbers. The problem is that not everyone is a doctor and not everyone has a doctor’s income. Some have disposable income and some are heavily dependent on daily wage. Lock them down (or lock them out, as is the case) and you have a problem of households struggling to get meals on the table. Also, if we don’t break down the numbers we might be aghast at the vaccinating rates. However, if we take into account the age categories most vulnerable (based on deaths, say) and which age categories are getting jabbed, we will get a better picture, subject of course to the cautionary note regarding variants mentioned above.

Make no mistake; we need organisations such as the SLMA to play a role. The SLMA obviously knows that this is not a case of a government operating without any advise whatsoever from relevant experts, especially those in the medical community. There are officials and experts tasked to come up with strategies. They may not get it all right, always, but there’s nothing to say that a team from the SLMA, GMOA or the PHI’s Union would necessarily do a better job. Indeed, if they were in it, they might very well conclude that things are more complex than they assumed.

Most importantly, given the SLMA’s statements alluded to above, the relevant doctors (and anyone else who deigns to offer solutions, whether they are experts or not) could take a cue from
Dr. Samarasinghe. In short, challenge themselves to include in ‘solutions’ criteria by which they shall be found fault with, if they fail.

Dr. Samarasinghe, in this segment of his talk, had this pertinent line about scientists which we can all learn from: ‘A scientist is able to change their mind when the evidence shows that they are wrong.’ The SLMA knows Dr Samarasinghe. The SLMA invited him to speak after the first June missive to the President. The SLMA is clearly open to criticism. The SLMA needs to be commended. The SLMA could do better though. We could too, all of us.