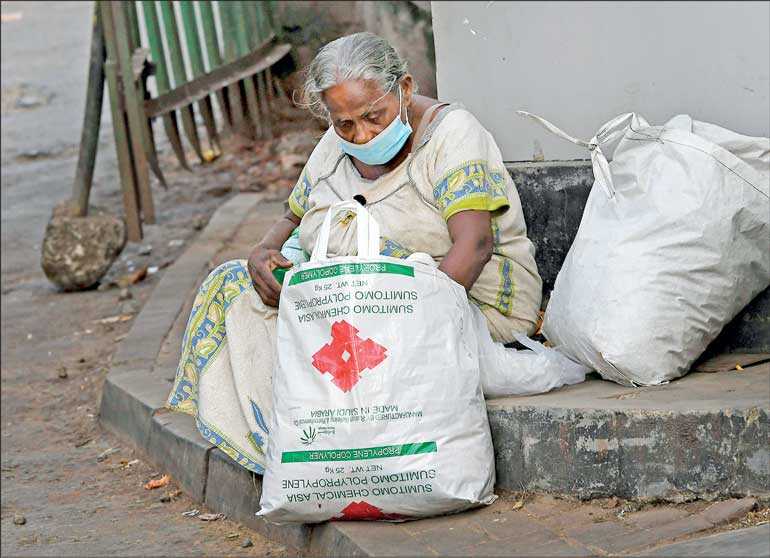 When some experts said it would take at least five years for a vaccine to be developed, they were called pessimists. It’s more than thirty years now and we still don’t have a vaccine. In short we are guinea-pigs, all of us, but given circumstances we don’t have much of a choice here

The kids haven’t been able to fraternize with their friends; at least not in the ways they had previously. They are by and large restricted to their homes. Walls are what they see most of the time. It cannot be ‘all good

What should a citizen do in a situation that is certainly worrisome and is probably reason for alarm? What should you do what should I do? These are questions to which there are many possible answers.

‘Citizen-responsibility’ is has talked about often enough. Indeed, we are all reminded of our responsibilities at every turn, literally. The signs are too numerous and repeated in multiple platforms for anyone to say ‘I didn’t know, we know’ period.

That’s at the basic level, though. The necessary, if you will. Whether it is sufficient is another matter. The ‘musts’ are eminently do-able. Let’s re-state for good measure: maintain social distance, wash hands frequently, wear a mask and use hand-sanitizer.

Enough? No. Let me elaborate. We are a resident nation. At the same time we are a vocal nation. Almost everyone has an opinion on everything. It’s almost as though we have 22 million epidemiologists. Let’s call that an exaggeration. What would not be an exaggeration is that there are literally thousands who have expressed opinions on this matter as though they
were experts.

Yes, there are experts; however, we know that even the experts are still learning about the behavior of the virus. Experts in the World Health Organization (WHO) at one point said masks were not important. They changed their position on this. The experts were divided about the safety of burying Covid-19 victims. Some ‘expers’ prevented Sinopharm from being administered, saying that this very same WHO (which, let us repeat, has in word and deed demonstrated that it’s also in a learning process) hadn’t sanctioned the vaccine. Please note, also, that the last word on the efficacy of a vaccine doesn’t come in weeks or months or even a few years. Sometimes it takes decades. Let me elaborate.

Pre-clinical and technology development takes 2-6 years and this after 2-4 years of the first clinical trials. The fist clinical development phase (safety testing, dose/response assessment) takes 1-2 years and the second phase (efficacy testing in controlled studies, immunization schemes for over 100 subjects) another two years. The third phase (field studies under practical conditions in different countries and age groups covering thousands of subjects) takes 2-3 years. Licensing would take another year or more. You can do the math. Just for perspective, take the case of AIDS. When some experts said it would take at least five years for a vaccine to be developed, they were called pessimists. It’s more than thirty years now and we still don’t have a vaccine. In short we are guinea-pigs, all of us, but given circumstances we don’t have much of a choice here.

Back to citizen-responsibility. There are things beyond our control. We cannot force politicians to be responsible, for example. The JVP/SJB for example, called for ‘self-lock downs’. These outfits either organized, participated in or supported numerous demonstrations where safety protocols were blatantly disregarded.

We can’t force unions to make responsible statements, not even health-sector unions. The PHI union spokespersons are not ‘experts’ on epidemics. Neither do they have to worry about issues such as the economy, maintaining economic activity, arranging food distribution and other such things which constitute logistical nightmares if relevant authorities acted on their demands. The GMOA is a union. Doctors, yes, but unionized doctors whose primary frame of reference is a rights. The GMOA recently said ‘the country has reached its worst and highest level in the COVID pandemic.’ Now that’s a statement that anyone can make simply based on verified data that’s in the public domain. One doesn’t have to be a doctor or a spokesperson in a doctors’ union.

Lock down. That term, that is easily and frequently uttered. What it entails, they will not say. Do we ask ourselves ‘why not?’?
The point here is that it is part of the citizen’s responsibility to be cautious when ‘taking’ what’s in the media, i.e. what is reported (such as a statement) or the representation. Consider the following headline: ‘WHO-linked medical specialists call for lock down extension till October 2 to save thousands of lives.’ Yes, keep in mind the ‘learning curve’ alluded to above and the fact that we really cannot tell where the world is in terms of location on that curve. In other words, we know very little and what we do know can become irrelevant quickly. Think ‘variants’ and you will know that ‘experts’ are being surprised and challenged.

The headline. It’s about how the ‘call’ has been represented. The moment you say ‘WHO-linked’ which is not untrue, it sounds like a WHO sanctioned statement (which it is not). That’s not a typical, not just in the media but in international politics. The former Secretary General of the UN appointed a committee to advise him about Sri Lanka and the erroneous and even pernicious report that the committee delivered is now referred to as a UN report.

The ‘WHO-link story is just one. The media (mainstream and social) are full of tendentious stories. It’s not innocent in each and every case. What gets carried is what is politically and ideologically motivated. In purely scientific terms it’s garbage, but as is usually the case the stink travels and remains for a long time.

We can do without any of that, but we can’t stop it. We can’t stop the keyboard warriors. We can’t stop the politicians and unionists who have their own interests to further and their own political agendas to promote. We can however be intelligent about engagement of one kind or another with such statements. That too is something that a citizen can and indeed must do in this kind of situation.

We are worried and scared. It is not unnatural to worry or be scared. On the other hand, the adults in our society must keep in mind that our children, who are probably far less vulnerable to the virus are nevertheless not immunized by the pressures imposed by the situation. The psychological effect, according to some experts, could be telling. Yes, we don’t have to take their word for it, but still. After all, there are similar cases whose psychological impact has been studied enough to draw relevant parallels. It’s not like developing an effective vaccine. The kids haven’t been able to fraternize with their friends; at least not in the ways they had previously. They are by and large restricted to their homes. Walls are what they see most of the time. It cannot be ‘all good.’ Now should we burden them further by passing on dire-scenarios constructed by the ill-informed and not subject to rigorous filtering to ensure the hyperbole is sifted out so the true dimensions remain?
That’s your call, citizen, and not just about the impact of our words and deeds on children. Yours and mine.