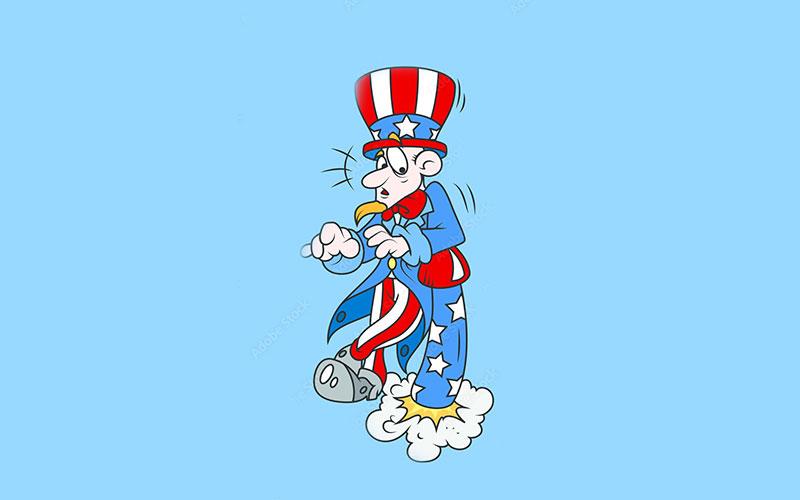 Sri Lanka is a resilient nation. That’s almost a given. A constant. All talk of peace, human rights, democracy, good governance, reparations  and other such goodies emanating from Washington, London and other empiric capitals are disingenuous and laughable. Constant. Meddling, self-righteous and downright obnoxious North American and European diplomats: well, almost par for the course, with the US and UK specimens ensuring an above average score on such attributes.

Sessions of the UNHRC. The USA and others in the global thugs club bad-mouthing Sri Lanka while Russia and China lauding the restraint shown in dealing with brigands, highway robbers, arsonist and murderers operating under the, yes, legitimate banner of agitation. Yes, the kind of restraint that the USA never exercised when dealing with protests and not just the Capitol Hill theatrics of Trumpites. Constants, all.

And India! The country that reneged on the very agreement her leaders penned and stuffed down a pliant, unimaginative and clueless J R Jayewardene demanded that Sri Lanka implement in full the illegal 13th Amendment. This is what the Indian delegate told the UNHRC: ‘India seeks full implementation of the 13th Amendment of the Constitution, delegation of powers to Provincial Councils and holding of Provincial Council elections at the earliest.’ No one, not even the diehard federalists and separatists either operating as pawns of India and the rogue nations of North America and Western Europe or are downright communalists have uttered one word calling for PC elections. Not a word about democracy being challenged by elections not being held. And yet, India wants Sri Lanka to inhabit India’s version of Sri Lankan reality. Constant.

To nutshell-capture, North America, Western Europe and India closed ranks against Sri Lanka while Russia and China, despite being snubbed no end by leaders without backbone defended Sri Lanka resolutely. Constants.

We could add to that Colombots, Candle-light Ladies, Rent-a-Protest Agitators, Funded Voices and other Kolombian sects. They’ll cheer most things that carry a Western/White token. They’ll wax eloquent about colonial rule, praising ‘accomplishments’ such as  roads and railways, never mind that these were the yield of taxes paid and labor provided by Sri Lankans. They mourn the death of a woman who was the beneficiary and symbol of genocide and plunder. Constant.

A single example would do, actually. A two syllable name, actually. China. Now we know that China, a country which along with Japan owns US and Western European debt, is the No 1 target for Washington’s spin doctors. In fact US foreign policy in 2022 seems to be framed by a desperate need to vilify that country. So it should not come as a surprise that an outfit outrageously named Freedom House (it is primarily funded by USAID and the US State Department!) has ‘found’ that ‘Pro-Beijing influencers have increased their activities in the social media space—particularly their outreach to younger Sri Lankans—and new agreements with elites, including in the think tank space, have shaped conversations in the media.’

This is not outrageous, it is hilarious.  When have US influencers ever held back their activities, in social and mainstream media? Washington, directly (through the Embassy) and indirectly through the latest avatar of the CIA, the notorious National Endowment for Democracy (NED) has its proverbial fingers thick in the Sri Lankan media space. Verite Research and Advocata, if they are honest, can do some insightful research on the subject.

When have US influencers ever neglected younger Sri Lankans (and young people in other countries similarly targeted)? Just the other day Julie Chang, now quite adept at putting her feet in her mouth, confusing ‘danger’ with ‘dangerous’ when tweeting about peacocks, was bragging about young people in the strangely named ‘American Corner Matara.’ What Canada, Central America and South America would have to say about pernicious appropriation of the proper noun ‘America’ we do not know, but while it is bullish to mark territory in that manner, it is not the case that US influencers have limited operations to getting a foothold in the Southern Province. They are as thick as thieves with think tanks, politicians, so-called civil society organizations and media personnel, especially outfits and individuals who believe they are at the epicenter of social change in Sri Lanka. Social change, mind you, is but an easy proxy for ‘change sought by US paymasters.’

Freedom House (sic) is upset by China’s alleged close ties with elites. I suppose they believe the US gives local elites a wide berth. They whine about ‘aggressive diplomatic push on social media.’  Maybe they’ve not heard of Julie Chang and the local foot soldiers hired to do US propaganda. They are also worried about China Radio International reaching out to Sri Lankan audiences in Sinhala. Well, all it means is that the Chinese, if not less vile than the USA, are way smarter. Anyway, it is not that the US has no footprint in Sinhala media or no social  media operatives either engaged in China-bashing or genuflecting before Uncle Sam. In Sinhala.

All this, pretty consistent with the way the world has been for decades. One difference. The USA is jittery. Now that’s a good sign, not just for Sri Lanka but the entire world. And India, if it wants to do better than the USA, would do well to learn. Things pass. Regimes change. Thugs are ousted. World powers of other eras have been brought to their feet. Such things happen.

Sri Lanka is resilient. That’s a constant that’s not boring. It gives us hope.

[Malinda Seneviratne is a freelance writer who can be contacted at malindadocs@gmail.com]