Conduct of AG’s Dept. under microscope 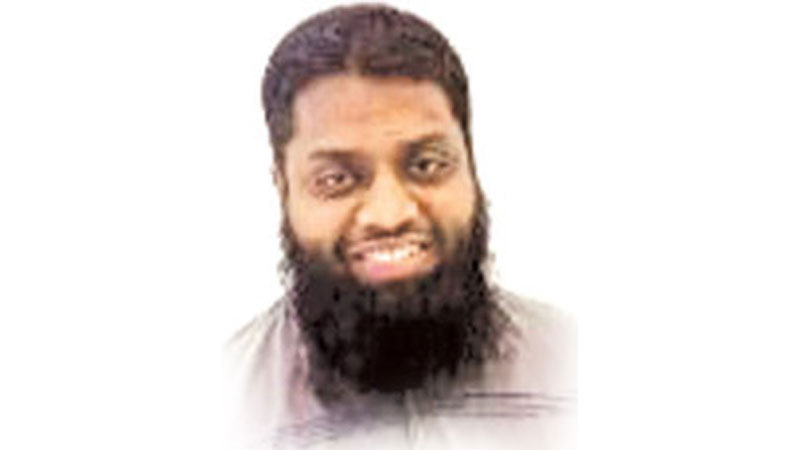 The Attorney General has recommended disciplinary action against Deputy Solicitor General, Azard Navavi, and State Counsel Malik Azeez, who were entrusted with the file on National Thawheed Jamaat (NTJ) and its leader Zahran Hashim, for lapses in handling the case, the PCoI investigating the Easter Sunday attacks was informed yesterday.

A three-member committee had also concluded its inquiry, and charge sheets have been sent to the Public Service Commission (PSC,) Additional Solicitor General Sumathi Dharmawardena yesterday told the PCoI. The report had been sent on 27 November 2020 through the Secretary to the Ministry of Justice, but there had been no response so far, he said.

When the PCoI summoned Navavi and Azeez, the Chairman asked Navavi what the AG’s Department had done about the file on Zahran, sent by the TID for legal advice. Navavi said that he had received the file on 07 June 2017 and directed Azeez, who was under him to handle it. Both men insisted that the TID had not relayed the information it had about NTJ and Zahran until 2019.

Azeez said that on 12 March 2019,  there had been a meeting  with several TID officers on the file and only at that point had the officers mentioned that the TID had obtained warrants twice to arrest Zahran.

“The arrest warrants had not been attached to the file or brought to the notice of the AG’s Department until March 2019,” Azeez said.

Azeez informed the Commission that the TID had added documents to the file twice, in 2017 and 2018. None of those included the two arrest warrants or statements recorded by Zahran’s mother and wife. Without those important documents, the AG’s department officials had not been able to detect a threat to National Security, Azeez said.

Additional Solicitor General Sumathi Dharmawardena was called before the PCoI to shed more light on the matter. He is also in charge of administration at the AG’s Department.

Dharmawardena said that in 2019 he had testified before the Parliamentary Select Committee (PSC) on the Easter Sunday attacks on the file that TID had sent.

ASG Dharmawardena added that he had drawn Attorney General, Dappula de Livera’s attention to the final report of the PSC on or around 24 February 2020. The following day, Livera had recommended that an inquiry be conducted as regards Navavi and Azeez. Initially, the investigation was to be done by Deputy Solicitor General, Susantha Balapatabendi.

“Rajaratnam again on 12 November 2020 said action should be taken on the matter.”

Chairman of the PCoI: “Did you send this to the PSC for action?”

Dharmawardena: “Yes, this was sent to the PSC through the Secretary to the Ministry of Justice. This was done on 27 November 2020.”

Incidentally, 27 November 2020 was the day Dharmawardena was asked to come to the Police Unit of the PCoI to give a statement.

Dharmawardena said that there had been no response to the report so far.

Chairman of the PCoI: “Who were the law officers in charge of the Eastern Province after June 2017?”

Dharmawardena: “Navavi, who was a senior state counsel then was in charge of the area.”

Chairman of the PCoI: “Who was his supervisor?”

Fernando: “The Committee recommended legal action against the two law officers in July 2020. But you only sent the report to PSC on 27 November 2020. You also gave a statement to the PCoI Police Unit on that day. Is this true?”

Dharmawardena: “This is not a question I can answer. Only the AG can.”

Fernando: “On 18 June 2019, the AG sent a letter to the acting IGP, saying that the law officers of the AG’s Department were not at fault in this case. On 10 July 2019, the coordinating officer to the AG repeated the claim in a press release. It is obvious that AG didn’t think Navavi and Azeez did anything wrong.”

Dharmawardena: “The administration division has nothing to do with sending press releases.”

Fernando: “Can the Commission ask the coordinating officer to the AG to testify before the PCoI on this?”

The PCoI then ordered State Counsel, Nishara Jayaratne to appear before the PCoI tomorrow (17).

She was also asked to give a statement to the police unit attached to the PCoI, today.