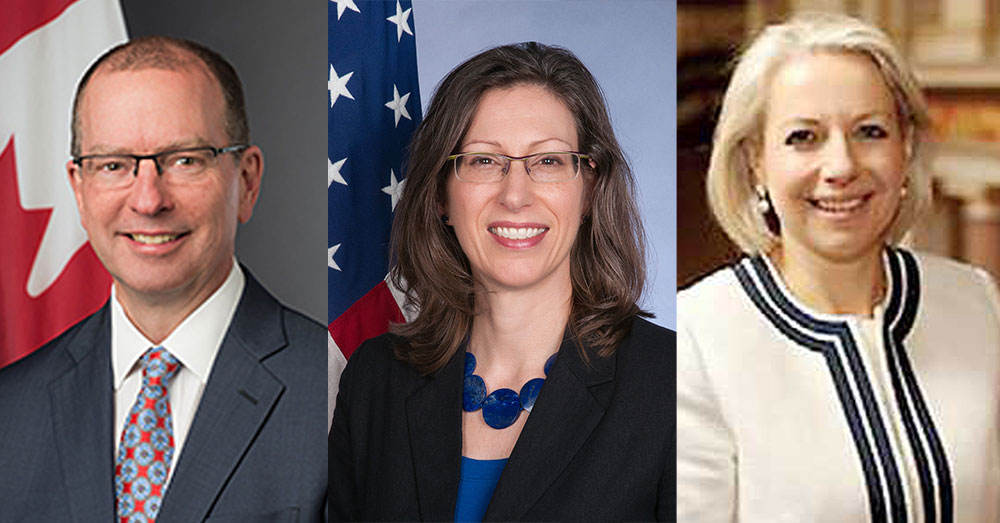 There’s a vote that will be taken. Part of vexatious persecution (that’s a British term, by the way). And, as is usually the case in such situations, votes are canvassed. That’s how we got the above title.

Let’s start with the country that called the UNHRC ‘a cesspool of bias.’ The USA. Cesspool or not, biased or not, the USA knows that ‘human rights’ are not stuff to be protected or championed. Indeed, that country celebrates the notion by giving it the finger. The USA knows that it’s an instrument that can be deployed to leverage advantage of one kind or another.

Anyway. The US Ambassador has been doing the rounds in Sri Lanka. Alaina B Teplitz loves to tweet about everything she does, but there’s stuff she doesn’t want people to know. She’s not canvassing Sri Lankan votes, obviously. She’s targeting fellow diplomats and others who could give great at fabrication who may give her some talking points.

She has met with Mrs. J. Shermila, Secretary of the Mannar District Association for Families of the Disappeared. A quick note about such outfits: they maintain a strict silence about the LTTE’s atrocities (abduction of children, murder of politicians, priests, professionals and others in the Tamil community who disagreed with the terrorists, pilfering of rations, taking hundreds of thousands hostage etc., etc.).

Anyway. She met Shermila. She also met Mavai Senadhiraja (leader of the ITAK) and C.V.K Sivagnanam (Chairman of North Province Council). She met with the man whose party she’s always backed, Ranil Wickremesinghe. She met Ranil’s loyal right hand man, Sagala Ratnayake. She met one of the agents in the Rights Mafia, Paikiasothy Saravanamuttu.

It’s unlike she was chatting about the weather over a cup of tea.
Then we have that country once described as ‘The 52nd State of Amnesia,’ a country whose head of state is the Queen of England. Yes, Canada. High Commissioner David McKinnon has met with SLMC leader Rauff Hakeem and senior SJB politician Thalatha Athukorala. He’s also had discussions with the High Commissioner of Bangladesh Mr. Tareq  Ariful Islam.Bangladesh, note, is currently a member of the Human Rights Council. A vote, then.
The third busybody is from the Mother Country itself, the Mother of All Human Rights Violators (before the title was conceded to the USA). Britain.

The  High  Commissioner of UK Sarah Hulton has met with  Ambassador of South Korea Mr. Woonjin Jeong. South Korea is also on the Human Rights Council. Another vote.

She’s also met with that ace Uncle Tom, Mangala Samaraweera. That’s not all. She’s had tea (?) with TNA Parliamentarians M.A Sumanthiran and Mr. S. Shritharan who now admit that the LTTE was a terrorist organization but refuse to confess to the TNA’s culpability in those crimes when they played Voice of Prabhakaran.

So, there are tea parties in Colombo, it seems. Fun stuff. Cheap for diplomats, but hey, these are not ladies and gentlemen schooled in niceties. They are agents of rogue nations. Only, they’ve put on mendicant’s garb. For now.