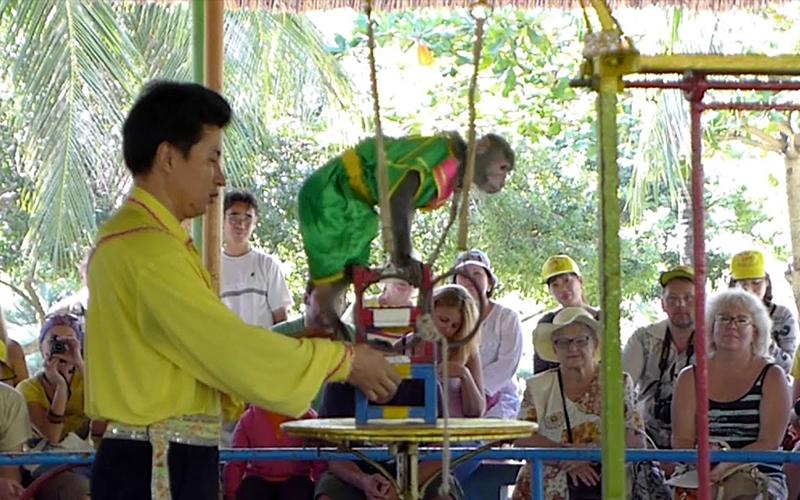 Right. It’s time for the Geneva Circus. It is time to turn cough and cold into full-blown Covid-19. It is time to make mountains out of molehill. It is time for politicians and activists whose preferred outcomes haven’t materialized to play plaint colonial slave and beg for some political inches in the hope that fortunes will turn. It is time for master and mistress to conjure concern and issue denunciation and declaration. We’ve seen and heard it all before. So let’s get the seasonal conclusions out of the way.

If there be anyone who believes there’s a mahamolakaru (mastermind) behind the Easter Sunday attacks who is at large operating in collusion with the entire justice system of the country or is holding all law-enforcement authorities to ransom, such a person has to be an unqualified idiot. If anyone believes that a commission report is equivalent to the outcome of a judicial process, such a person is an unqualified idiot. If anyone believes that such documents which contain testimonies (true or false, we don’t know) which, if made public, can assassinate characters, should be copy-pasted on all platforms, social media and otherwise, such a person is an unqualified idiot. Ignorance of procedures is not a virtue. Nor is it an excuse. Idiots there will be. There will also be the pernicious; those who do not give a damn about anything but the furtherance of pet political projects and personal agenda. We can call them idiots. We can also call them scheming vermin, regardless of the language they speak or the garb they wear, and whether or not they are scribes who put their tribe into disrepute.

So we have seen, are seeing and will see such individuals, acting on their own or in concert, doing the rounds. They’ll go to Italy, whip up anxieties uttering well-crafted half-truths or barefaced lies, visiting Vatican City to kiss the ring on the Pope’s hand (if need be) and plead their cause (of course they won’t tell His Holiness the true cause (which has nothing to do with grievance-redress, truth and justice), cartwheeling in and out of the dingy minds of the Human Rights Industry and so on and so forth. Par for the course. To be expected. Best ignored.

There is however the flip side of things. Power. It is seldom balanced. It is always skewed in favour of some and skewed against others. The international community, therefore, is a misnomer. It implies equality. It is however never flat. There are nations with bucks and they typically have firepower. They have the megaphones and it’s their voices that get carry. Truth, justice, equality and such are beautiful words but they get footnoted or worse in the play of power. And all that countries such as Sri Lanka need to understand is the importance of knowing location in a structure of power. Sri Lanka doesn’t hold the trumps. This needs to be acknowledged.

Those who have the trumps will play their cards loosely. They can afford to do so. Those who don’t have the high cards, must be wary. Sri Lanka needs to be wary. In any case, if the bullies want to bully, bullied you will be. However, it would be folly to give additional excuses for bullying.  It would be folly to walk into a firing range.

The circus comes around in late February and plays to a carefully picked, cheer-guaranteed audience for a few weeks into March. Thereafter, once what can be extracted has been extracted, the circus monkeys retire, for the most part. They know that they need to wait their turn. They know that they need to make their masters aware of their existence beforehand. So they know when to make the noises, when to do their cartwheels, when to chest-beat, when to prey and when to pray. All the more reason not to create additional arenas for these monkeys to play.

Even today, it’s a well-crafted but old lie that has the most carry in these circuses. Course-corrections as there will always be room for are ignored. A relatively error-free year is however never enough. A cough, as mentioned, will be labeled ‘positive’ for all the wrong reasons. Molehills will be duly re-named as mountains.

All that said, there’s no reason to do what makes for easier extrapolation, however irreverent be the hand of the extrapolator. Of course, there’s nothing called perfect surveillance. Idiots there will be on all sides of the political firmament. There will also be the naughty boys who will do something to make it look like some else did it. Has happened and will happen. Ideally such things should not happen. Ideally, even if they did happen, investigation should be swift. We don’t however live in an ideal world. We can only do our best. Moreover, just because there’s a circus and there are well-trained monkeys ready to play to an adoring audience whose applause will be enhanced by pre-recorded cheers of rapture, one cannot and should not delay processes set in place to ensure law and order. We cannot have ‘auspicious times’ for questioning or arrests. What’s important to keep in mind, however, is to decide on the best course of action from a range of choices.

The powers that be need to reexamine choices, knowing all too well that if Choice A is more or less as good as Choice B and if Choice A is what the monkeys need, then Choice B is to be preferred.

That has not happened. Clearly. It won’t change what happens in Geneva. In the main. However, if things result in unnecessary headaches, then they are clearly best avoided. The circus will be done, sooner or later. It will come around again as do seasons. In the end the one reliable barricade against the pernicious is the full awareness and solidarity of a people, regardless of who is in power and who is not. The target is not a government, it is always resources, markets and whatever strategic edge available for exploitation. And always, always, it is the people and the most vulnerable among them, who will suffer.