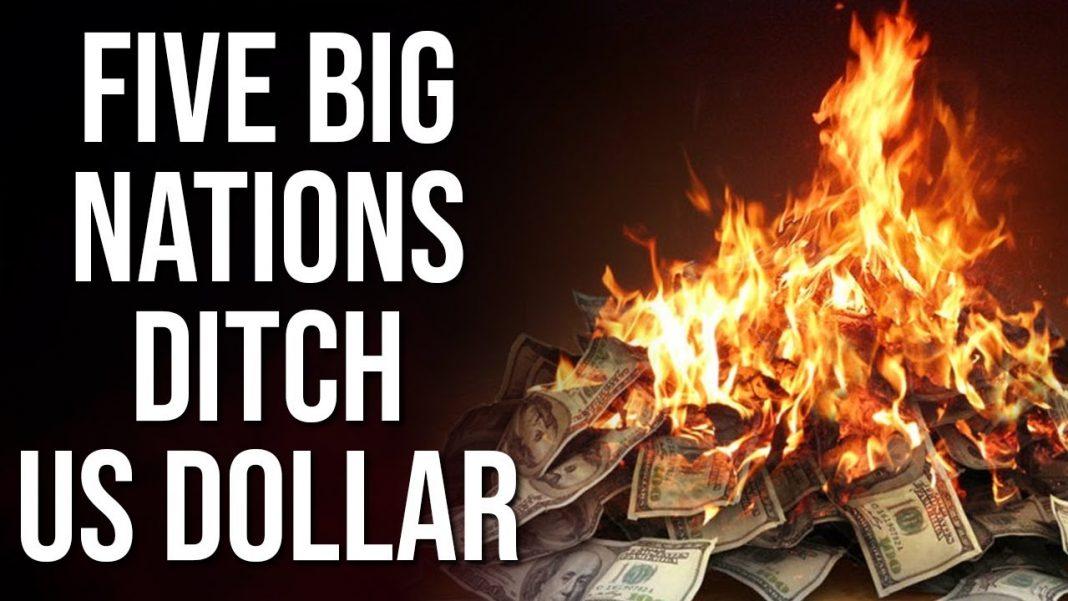 A rare trend is being observed in China, which has so far evaded the world’s media attention. According to Reuters, China has been surreptitiously importing Gold from Switzerland at a record rate. The Swiss gold export to China in July rose to its highest since December 2016, Swiss customs data showed.

The report indicates that Switzerland supplied mainland China with 80.1 tonnes of gold, worth 4.4 billion Swiss francs or $4.6 billion, up from a mere 32.5 tonnes in June. So, in the last two months, China has imported 112.6 tonnes of gold.

Interestingly, China’s monthly Gold consumption fares around just 20 tonnes. Last year, during the same period, just 20 tonnes of gold were imported into China. As per this data, China is currently importing 60 tonnes of extra Gold per month. Undoubtedly, China is planning something big and really mischievous.

Now, China is simply taking a leaf out of Putin’s playbook here.

Furthermore, China’s action is identical to what Russia did in recent times. For those who don’t know, Russia has already set in motion the de-dollarization process of its economy when in March it declared that the ruble would be pegged to the gold standard. One gram of gold was valued at 5,000 rubles by the bank. Now, China is about to follow the suit to shore up Yuan’s global clout.

The US hegemony would completely crumble if China, the world’s second-largest economy, links gold to the yuan as Beijing would be achieving its long-cherished goal of making its currency more respected and stable than the dollar.

Read More: Israel sees a philosophical shift with its endorsement of Yuan

The collapse of the US economy

This will fast-track the decline of the USD as the world’s major international trading tool, thus eroding the USD clout completely.

Additionally, the Yuan pegged to gold would provide Chinese traders with an unfair trading advantage. China enjoys a trade surplus with US, and eventually more trade between the two powers will lead Yuan to gain more strength against US Dollar.

Read More: US economy is all set to suffer ten big setbacks in the next six months

The Last chance for the US

The so-called only superpower on the planet, the US, must see through the notorious plans of the Chinese. The US economy is already on the edge of a complete catastrophe. However, sleepy Joe still has an opportunity to save his face.

The US urgently needs to rein in the world’s one-stop shop of Gold, that is Switzerland, in order to tame China. It must chalk out a plan to reduce Swiss Gold exports to China either through sanctions or by simply providing them with better deals than the Chinese.

Read More: The US economy is on ventilator support now

CCP’s cunning plan to outgun US Dollar hegemony also indicates that the American economy is in dire need of a fundamental reconstruction. It needs to strategically go back to the era of having a gold-pegged currency of its own, the era which preceded President Richard Nixon’s disastrous decision of making US Dollar a fiat currency.