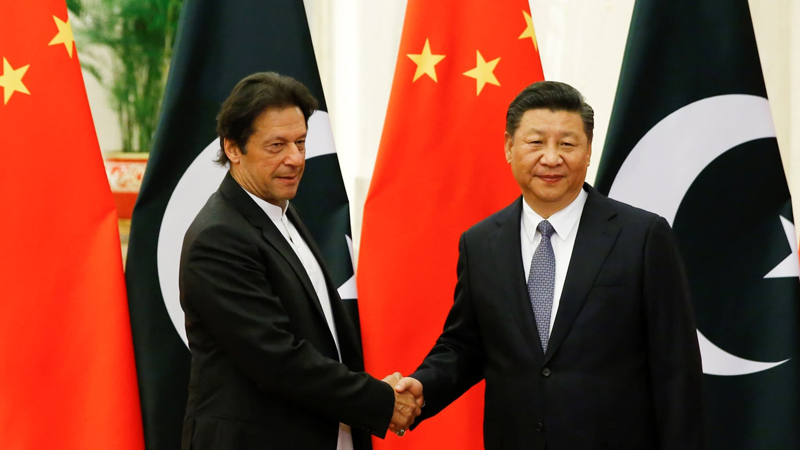 The China-Pakistan military and strategic relationship continues to deepen. Recently, the Pakistan Army inducted its first batch of Chinese-made VT-4 battle tanks. The VT-4 tanks, built by the Chinese state-owned defence manufacturer, Norinco, were supplied to Pakistan starting in April 2020. Pakistan is the third country to procure the VT-4 tanks, after Thailand and Nigeria. Inter-Services Public Relations (ISPR), the media and public relations wing of the Pakistan Armed Forces, has said that “the VT-4 is compatible with any modern tank in the world integrating advanced armour protection, manoeuvrability, firepower capabilities and state-of-the-art technology.”

The army further noted that these third-generation tanks will be used “in an offensive role by strike formations.” The sale and induction of the Chinese tanks are just another indication of the continuing consolidation of the strategic partnership in the face of the evolving international conditions in the region.

Similarly, Pakistan’s use of Chinese-made combat drones or unmanned combat aerial vehicles (UCAVs) against India cannot be ignored. After being an importer of drones, China today has emerged as a major exporter of civil and combat UAVs to a number of countries. In December, Chinese state media advertised a decision to sell 50 Wing Loong II UCAVs to Pakistan, claiming that it “would be a nightmare for Indian ground formations in high-altitude areas as India’s military does not have the ability to respond to the new-age stand-off weapons.”

Many security analysts, as well as the Indian military establishment, have underestimated the effect of drones on the India-Pakistan border along the Line of Control or the India-China border along the Line of Actual Control. In December 2020, commenting on the Chinese sale of the Wing Loong II, the Indian Air Force chief had stated, “Whether it is [the] Line of Control in Jammu and Kashmir or the Line of Actual Control in Ladakh, the airspace is very closely monitored by radars and hotly contested with fighters. The armed drones will simply be shot down if they cross the lines.” Six months later, toward the end of June, the reality was different when there was a drone attack on the high security technical area of the Indian Air Force station at Jammu. It remains unclear, however, if the drone flew from across the LoC or was locally controlled.

The China-Pakistan defence trade is not new, but the latest arms deliveries are a sign of a mutual desire to deepen their strategic engagement. Toward this end, the Chinese Defence Minister, General Wei Fenghe, visited Islamabad in late November 2020 and the two countries signed a Memorandum of Understanding (MoU) aimed at enhancing defence cooperation between the Chinese People’s Liberation Army (PLA) and the Pakistan Army. The Chinese Defence Ministry quoted Wei calling for a closer engagement, with a desire to “push the mil-to-mil relationship to a higher level, so as to jointly cope with various risks and challenges, firmly safeguard the sovereignty and security interests of the two countries, and safeguard the regional peace and stability.”

During his visit, Wei also met with the Pakistani President and the Prime Minister, both of whom conveyed their deep appreciation for China’s continuing support. Wei remarked that “China is willing to strengthen strategic communication, enhance strategic mutual trust and strengthen strategic cooperation with Pakistan.” And Pakistan’s President, Arif Alvi, said that he hoped for the two countries to “further strengthen cooperation in the construction of the China-Pakistan Economic Corridor (CPEC), as well as the defence and security fields.” The fact that Pakistan completely endorses China’s position on its core issues including the South China Sea, Taiwan, Xinjiang, and Tibet will definitely be comforting to China.

The growing number of China-Pakistan military exercises is a further sign of the deepening partnership between the two militaries. In one of the more recent engagements, in May, the two militaries conducted a joint exercise close to the Line of Actual Control (LAC) in Tibet. The joint military drill came against the backdrop of the Galwan conflict between India and China and the prolonged military stand-off in eastern Ladakh. Many details are not available on the participating forces, but from the Chinese military side, the PLA 3 Air Defence Division is reported to have participated. Prior to this exercise, the PLA and the Pakistan military reportedly did a pre-exercise training in Sargodha in Pakistan.

In December, the Chinese PLA Air Force and the Pakistani Air Force participated in a joint exercise, Shaheen (Eagle) IX, in Sindh. These exercises were meant to “promote the development of China-Pakistan mil-to-mil relationships, deepen practical cooperation between the two air forces, and improve the actual-combat training level of the two sides.” Commenting on the exercise, Senior Colonel Tan Kefei, a spokesperson for China’s Ministry of National Defence, said that the two countries are “all-weather strategic cooperative partners” whose “bilateral relations can only get better in the future.” He went on to add that “the military ties between China and Pakistan serve as an important pillar for the two countries’ bilateral relationship. Since the beginning of 2020, the two militaries have maintained close high-level strategic communication and carried out pragmatic cooperation in related fields, testifying their brotherhood and friendship enabling them to go through thick and thin together.”

After inspecting the Shaheen IX exercise, which is the ninth in the series held between the air forces of the two countries, Pakistan’s Chief of the Army Staff General Qamar Javed Bajwa commented that these exercises would “improve combat capacity of both air forces substantially and also enhance interoperability.”

Pakistan has been an important partner to China for decades. Its importance may have increased further for a number of reasons. One, China has antagonized a large number of countries with its wolf warrior diplomacy, from its neighbourhood in the Indo-Pacific to Europe. This raises the importance of the few real partners it has, like Pakistan. Also, increasingly worsening relations with India have resulted in New Delhi becoming closer to Washington and its allies, including Canberra and Tokyo. India has, in addition, developed a web of security and strategic partnerships including the Quadrilateral Security Dialogue with the U.S., Australia, and Japan, (known as the Quad), and a number of trilateral strategic partnerships such as India-U.S.-Japan and Japan-India-Australia. All of these new partnerships are clearly designed to counter China, even if India is reluctant to say that plainly. But all of these also make China depend more on Pakistan to counter India.

Another reason for the growing Chinese dependence on Pakistan has to do with the evolving situation in Afghanistan. With the expectation of a Taliban takeover, China has multiple reasons to want workable relations with the Taliban. For one, China is clearly worried about the possibility of the spread of extremists from Afghanistan to Xinjiang. For the time being, the Taliban appear to be reassuring Beijing about their intentions on the Uyghur issue. A senior Taliban official is reported to have said that “We care about the oppression of Muslims, be it in Palestine, in Myanmar, or in China, and we care about the oppression of non-Muslims anywhere in the world. But what we are not going to do is interfere in China’s internal affairs.” The Taliban promise to not interfere in China’s domestic affairs must be soothing to Beijing, but it is an issue that China cannot ignore.

In addition, with the U.S. exiting the theatre, China might want to have greater access to Central Asia through Afghanistan. All of this will be possible only through the good offices of Islamabad and the links that the Pakistani establishment has with the Taliban. And finally, China might also want to demonstrate its loyalty to close friends such as Pakistan and its capacity to maintain good relations with other countries at a time when its relations with many countries in the region are in trouble. All of this suggests that the already deep Sino-Pakistan military and strategic relationship will continue to deepen.