China is a True Friend, not a gift horse 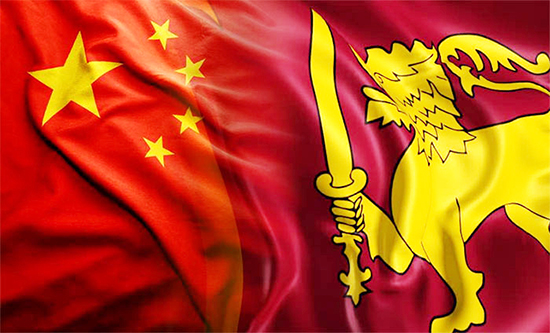 Epithets like “Trojan Horse” and “Greeks bearing gifts” have been used to refer to offers of assistance by foreign countries to Sri Lanka, when the country is battling a Covid second wave and an economic crisis (The Island 12.10.2020). “Don’t look a gift horse in the mouth” is an apt repartee that comes to mind at this hour of need. A friend in need is a friend indeed. But there is nothing called a free lunch. Beggars can’t be choosers may be too harsh for us. Poor Sri Lanka has asked for international assistance in the way of a debt moratorium and adjustment in the repayment schemes for its debts. Some countries, like India and China, have responded.

China has given a gift of Rs.16.5 Billion, which is a god sent at these hard times, when Covid threatens to go on a rampage. India also has given a substantial amount. The USA is offering the MCC, this is the difference, the latter is an instrument of imperialism, while Chinese assistance has no visible strings attached. Of course, they would want Sri Lanka to help them with their Road & Belt project, which may be mutually beneficial.

Indeed Sri Lanka has to be careful when accepting gifts. Its strategic location, in the Indian Ocean, attracts a lot of “friends” who come with gifts. The Indian Ocean is the bone of contention between several global powers. Leading contenders are the US, China and India. When accepting aid from these countries, Sri Lanka has to be careful as all of them have a vested interest. But we cannot do without aid, particularly at a time when Corona is threatening to destroy our economy. However, we cannot accept aid that involves entering into agreements that jeopardize our independence and sovereignty. China has never compelled us to sign such agreements, whereas the US is doing that all the time.

China’s history reveals that exploitation of poor countries has not been their policy. Up to the 15th Century AD they were ahead of Europe in science and technology. They had not invaded any of its neighbours or any other country, though they had the capability as they were the first to invent gunpowder and navigation technology and they had a fleet of ships. Spain borrowed this knowledge from Arab, where it had flourished after being transmitted from China and India. Europe made use of the knowledge to invade other countries and establish their colonies in Africa and Asia. Thus Europe has the inherent urge to colonise, hegemonise and dominate poor countries.

Europe and the US made use of the situation in Sri Lanka, created by the LTTE, for their benefit. They helped the latter to wage war against Sri Lanka, but did not support Sri Lanka’s legitimate effort to defeat terrorism. China helped us materially as well as politically in the UN. After helping to defeat the Rajapaksa government, these Western countries started to interfere in Sri Lanka’s internal affairs. They had a resolution against Sri Lanka passed at the UNHRC, and interfered in the constitution making also. They did all this while a government partial to them was in power. Friends do not do such evil deeds. China is a true friend in this context. If we are to choose from whom to borrow, we would choose a genuine friend, wouldn’t we.

Further, China has the financial capacity to help us, which the others don’t. It also has a grand plan to involve everybody in a massive project that may benefit everybody, including its adversary, which it may not mind on account of their broad view for the whole world. Being located right in the middle of the path, the Chinese have chartered for this project, Sri Lanka is in a position to greatly benefit from it. Accepting their gifts is the best diplomatic action Sri Lanka could take at this hour of need.