China has overtaken the US – says IMF 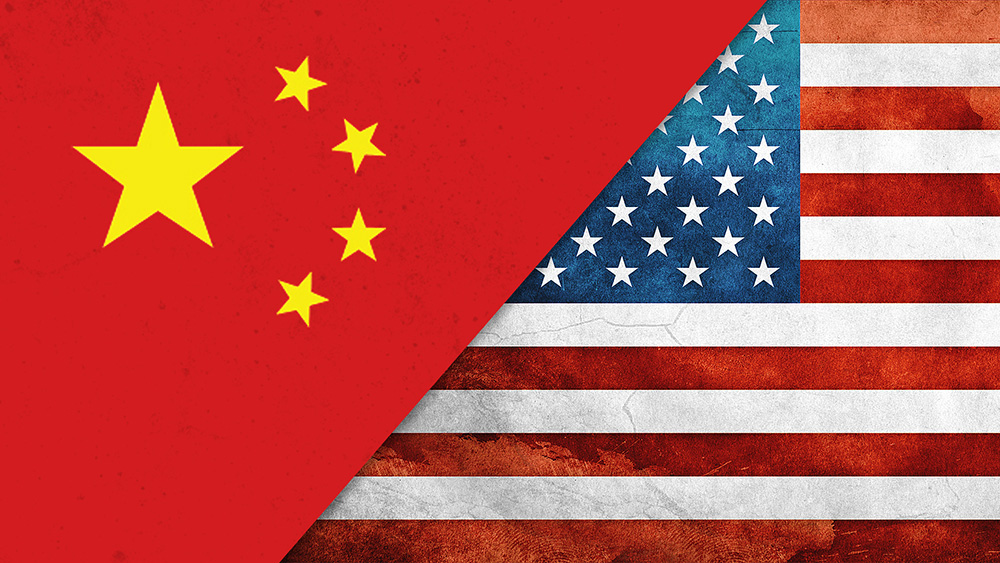 It was expected but not so swiftly, possibly the Covid-19 has expedited what was inevitable. A report published in “The Our Asian Times” on 1st December 2020, titled ” IMF Admits China Has Overtaken The US As The World’s Largest Economy; But Why Is The Media Silent?” says the world has to wake up to the new reality – China is the undisputed new economic super power.

In the past, economists have traditionally been using the index called MER, which means Market Exchange Rate, to calculate the GDP when comparing the economic performance of different countries. This method has been viewed with extreme suspicion as it doesn’t reflect the real figures because it underestimates the buying power of currencies of many countries. More reliable and now widely accepted yardstick called the Purchasing Power Parity (PPP) which is used by IMF, enables you to compare how much you can buy for your money in different countries.

To explain this further, according to the traditional exchange rate, one US Dollar is equivalent to 6.9 Chinese Yuan, but 6.9 Yuan can buy in China more than one US Dollar in America. On this basis 99 trillion Yuan the Chinese produced in 2019, is equal to USD 26 trillion which is much greater than the USD 21.4 trillion America actually produced in 2019. This is the PPP method which is said to be better than the MER method to compare economies.

The IMF is clear in its report, it says “PPP eliminates differences in price levels between economies and thus compares national economies in terms of how much each nation can buy with its own currency at the prices items sell locally. Using the PPP method, the Chinese economy is determined to be USD 24.2 trillion compared to America’s USD 20.8 trillion”. This is a huge difference, for USD 3.4 trillion is lot of money.

After the IMF, the CIA also decided to switch from MER to PPP in its Annual Assessment of National Economies. The CIA Fact Book notes “The official exchange rate measure of GDP is not an accurate measure of China’s output; GDP at the official exchange rate (MERGDP) substantially understates the actual level of China’s situation, GDP at purchasing power parity provides the best measure for comparing output across countries”

Everybody knows that IMF is pro-US in its approach in matters of global finance and economy. In the 1970s, the IMF and the World Bank were restructured to serve neoliberalism which the US and Europe embraced and forced on the rest of the world, letting loose the market forces which have really ravaged the economies of the poor countries. Therefore the IMF could be considered a tool of the US and Western powers. It would not dare lie regarding the economy of its biggest sponsor. The CIA is the central intelligence service of the USA and it is advising the US government about the seriousness of the problem due to Chinese ascendancy. CIA too , will not give wrong information to the US government.

One cannot be surprised by the Chinese phenomenon. It’s economy has been growing at the mind-boggling rate of 10% in the last 30 years. Only the Covid-19 succeeded in bringing it down and that too, by a small margin. China is expected to contribute 1/4 th of the global growth next year, mainly in the manufacturing sector.

Joseph Needham who had studied ancient Chinese science and technology, has commented on the capability of the Chinese and the uniqueness of their culture.. The methods adopted by the Chinese have bewildered Western social scientists and economists. Some believe that it is the habit of thrift of the people that had contributed to the economic growth as the rate of savings in China ranges around 25%. Others think it is due to the concept of Township and Village Enterprises that has been adopted recently. However, Needham and his associates think the close affinity between the Chinese people and the government to be the secret of their success.

The world has to come to terms with China. The Western countries cannot continue to treat China as an outcast and do its utmost to undermine its development and spread of influence. Australia for instance, supports all such efforts of the US though China is its biggest trade partner. It had agreed with the US policies regarding sanctions on China and implemented similar measures, but complains to the WTO when China retaliates.

One hopes, for the sake of world peace and prosperity that these big powers would stop their childish rivalry and work together. One hopes the new US President Joe Biden would change their policy towards China. He must realize that greater benefit would result to the US, as well as the world by adopting a lesser confrontational approach. If the US and China come to be lesser rivals and greater trade partners the rest of the world could be expected to be more peaceful and conciliatory. Middle East could be less of a cauldron, South Asian rivals may mend fences. China itself would be less belligerent in its neighborhood.

More money would be available everywhere for health and education, employment and culture as the defense budget could be cut as there is no need to spend on weapons as there is no threat of war.

But is this wishful thinking. Would weapons industry allow Biden, even if he wants to, to make peace when their economy, employment, growth and power depends on the perpetuation of a war situation cold or hot in the world.