Chaos in THE Banana Republic 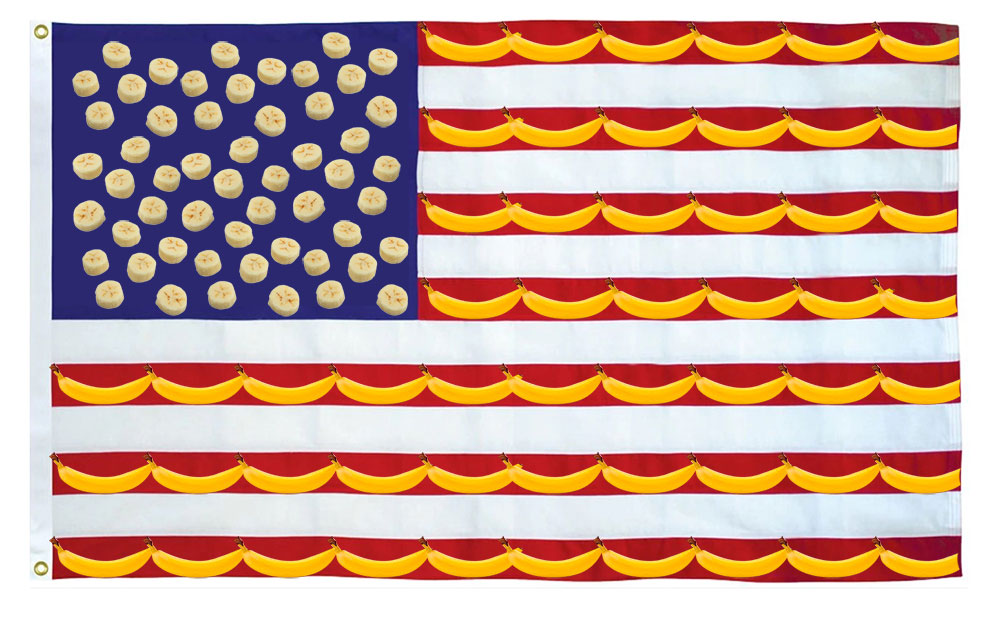 Events in Washington, USA, have made political commentators talk about the appearance of fissures in the fabric of that nation. The assumption of course was that the USA was never fractured, either on political or racial lines, which of course is a lie. Ask any non-white person in that country whether he/she could be 100% of walking down any street without the risk of being shot by  a racist white copy. The answer tells a long story.

Supporters of Donald Trump breached US Capitol security. Four died, one was killed while the others, we are told, couldn’t overcome medical emergencies.

Some call them ‘rioters’. Well, in another country (say one at odds with the particular faction representing the military industrial complex that is the USA occupying White House), there won’t be rioters. They would be self-righteous ‘pro-democracy masses’ objecting to the results of a fraudulent election. They would be agitating for the restoration of democracy, protection of franchise etc.

It’s a naming game, by and large.

If you take the countries invaded by the USA over the last century (in the name of bringing democracy, peace or resolving conflict or without any excuse whatsoever) the ‘contexts’ were often far less volatile. They weren’t preceded by nation-wide protests following violence unleashed by racist police officers insured by a friendly state apparatus that includes prosecutors and courts.

All that the US needed was the slimmest of excuses. The media would already have kicked in to make a mountain out of a molehill. The UN might object but that’s essentially Washington’s creature and easily managed. Statements would be made. Concern would be expressed. Worried looks would be worn. And then…

The civilized world’s strongest nations (Russia and China, lets say) would move in. Well, they would have already infiltrated, talked with ‘moderate’ rebels of all persuasion, armed and funded some (they would have covered all bases), added to the chaos and, in the name of civilization, bringing about peace, restoring normalcy, protecting human life etc., etc., installed a ‘pro-democracy government that reflects the will of the masses. They could drop more than a handful of bombs to boot!

Make no mistake. We are not happy about people being killed. However, long before these riots began, we knew that the USA is democracy in its infancy. We knew it had a long way to go to become a fully fledged representative and functional democracy. The adage ‘charity begins at home’ has never been more apt!

We know how the USA gifts ‘democracy’. We need not go into all that. If US-thinking on the situation that unfolded in Washington were to be invoked, the democratic, civilized do-gooding nations of the world should drop dhal and send in troops to ‘clean up’. Well, that should have been done a long time ago.  Had that happened, tens of thousands of lives the world over would have been saved from the USA’s democracy-largesse’.

Someone might say that ‘Regime Change’ line cannot be used because the Washington protests are not about ‘change’ but ‘continuity’ but who really cares about such ‘details’? Pretext is the word in the street!

And here’s something funny. After the mobs stormed the building, US diplomats have taken to social media to reaffirm the oaths they’ve taken. It would have been lovely if they also tweeted something about how the operationalizing of the oath has destroyed nations and impoverished peoples the world over. Maybe it’s a good time to reflect on how someone with vested interests rips apart the very fabric of their country in the name of democracy. Ambassador Teplitz, you’ve been tweet-silent.

One thing is clear. The people of the United States of America deserve better than what the Bill Killingtons, Georges-in-the-Bushes, Donald Ducks and Tanned Obamas have had to offer. Add Joe Biden to that list. He has always been comfy with the antics of the above worthies.

As for us, we stand with the good people of that country. All power to you!