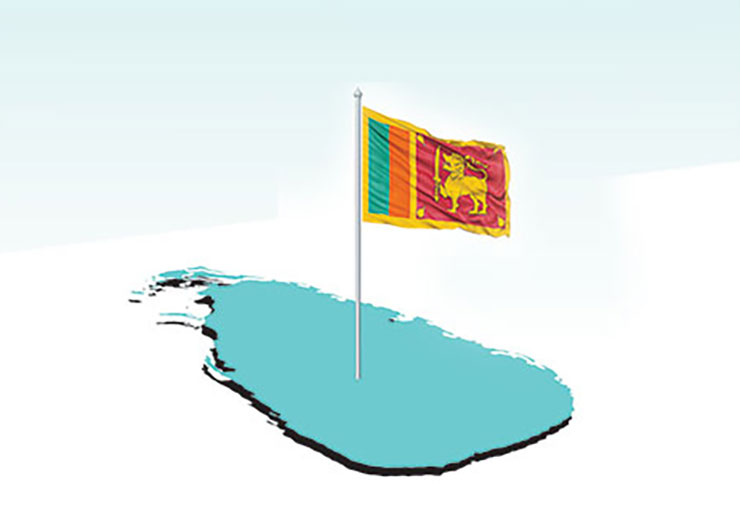 Another ‘Independence’ day has been celebrated with a military parade, with all the pomp and pageantry worthy of a sovereign republic. But unfortunately, it was on the day that we were given ‘self-rule’ while still being under the tutelage of the Queen of England!

I, and like-minded people, have repeatedly written in the print and social media about not only the incongruity, but more so, the shamelessness of continuing to celebrate ‘Independence’ Day – the day in which we attained Dominion Status in 1948 – when we are have been a sovereign republic since 22nd May 1972 (see my articles in ‘The Island’ of 5th February 2018 and 3rd February 2020).

It seems that all our pleas have fallen on deaf ears of recalcitrant governments – the previous and more surprisingly, the present.

In these articles, we have explained in some detail as to why we should abandon celebrations on ‘Independence’ Day – 4th February, and instead celebrate, with all pomp and pageantry, our Republic Day on 22nd May – (Ref: to my article in ‘The Island of 3rd February 2020).

Let us look at our neighbours who obviously have greater national self-respect and a greater sense of sovereign dignity than we seem to possess – India and Pakistan, who got ‘independence’ from the British colonists at almost the same time.

Republic Day is a national holiday in India. It honours the date on which the Constitution of India came into effect on 26 January 1950, replacing the Government of India Act (1935) as the governing document of India and thus, turning the nation into a newly formed republic.

The Constitution was adopted by the Indian Constituent Assembly on 26th November 1949, and came into effect on 26th January 1950, with a democratic government system, completing the country’s transition towards becoming an independent republic. 26th January was chosen as the date for Republic Day because it was on this day in 1929 that the Declaration of Indian Independence (Purna Swaraj) was proclaimed by the Indian National Congress, in lieu of the ‘Realm status’ as a Dominion, which was later instituted by the British Regime.

The Indian Army, Navy, and Air Force with their bands march past in all their finery and official decorations. The President of India who is the Commander-in-Chief of the Indian Armed Forces, takes the salute. Various para-military forces and the police also take part in this parade. The Chief Guest of this annual event is the President of India. It is a public holiday.

The Republic Day (26th January) parade is held in the capital, New Delhi and is organised by the Ministry of Defence, commencing from the gates of the Rashtrapati Bhavan. This event is the main attraction of India’s Republic Day Celebrations. The parade showcases India’s defence capability, cultural and social heritage.

Since the Republic Day became the day of celebration of India’s sovereignty, on each subsequent ‘Independence’ Day, the incumbent Prime Minister customarily raises the flag and gives an address to the nation. That was the day the National flag of India (the Tricolour) was first raised and unfurled by the Prime Minister Jawaharlal Nehru over the Red Fort. Since then, it has been the tradition for the PM to hoist the national flag at the Red Fort on ‘Independence’ Day. This is not dissimilar to what the first PM of Ceylon did over ‘Independence’ Square in Colombo on 4th February 1948. It is also a national holiday. Please note: The President of India does not attend the ‘Independence’ day commemoration. And there is only a short, formal ceremony attended by the PM.

It must be remembered that ‘Independence’ in India coincided with the partition, in which British India was divided along religious lines into the Dominions of India and Pakistan. The partition was accompanied by violent riots and mass casualties, and the displacement of nearly 15 million people due to religious violence.

On this day, a resolution was passed stating that Muslims in India wanted independence and a separate homeland as they were persecuted in India. Since then, the day is celebrated annually throughout the country as a public holiday.

The main celebrations are held in Islamabad, the capital of Pakistan. The President of Pakistan is the Chief Guest; also attending are the Prime Minister of Pakistan alongside the Cabinet ministers, military chiefs of staff, and chairman joint chiefs. A full inter-services joint military parade is broadcast live by the news media.

Pakistan gives greater prominence to ‘Independence’ Day observed annually on 14 August, than India does. It commemorates the day in 1947, when Pakistan achieved independence and was declared a sovereign state following the end of the British Raj and Pakistan came into existence. It too is a national holiday in Pakistan.

Unfortunately, Ceylon did not have a day similar to the Purna Swaraj day as in India, to rally people yearning for true independence. Perhaps, if we had enough patriots with a true fervour for true independence and freedom, we, as a people, could have celebrated 26th November as the commemorative day for celebration prior to 1948. If some of us do not know of its significance, let me remind them. That was the day in 1818, when the Uva Wellassa rebellion broke out. But it never was and was not ever to be. We got our ‘independence’ relatively, “on a platter” as they say, thanks to the Indian independence struggle, when our leaders – DS Senanayake, Oliver Goonatilleke and SWRD Bandaranaike, togged up in bow ties and tailcoats, accepted “the platter” in great deference from the Duke of Gloucester. After all, the Duke represented the King of Ceylon!

When we compare the three nations that got ‘independence’ almost at the same time, we see a stark difference. A total erasing of what should have been the most important date in our annual national calendar in our history since 1505 – i. e. , the day, after more than 450 years we became a sovereign Republic, 22 May 1972.

But what have our leaders been doing since 22nd May 1972? Never celebrated it as Republic Day with parades. If my fading memory serves me right, the government of the time gave a holiday, but called it ‘National Heroes’ Day’ and continued to celebrate 4th February with pomp, pageantry and military parades. This has been the case, surprisingly, during the presidential tenures of Presidents Kumaratunga, Mahinda Rajapaksa and now, Gotabaya Rajapaksa. If there are any claimants for the most national-minded leaders, it must fall on MR and now, GR. But this year, it is the second year that ‘independence’ Day has been celebrated in the usual way with no concern and awareness of what 4th February stands for.

Here is my final plea to the government of President Gotabaya Rajapaksa. Next year is the 50th anniversary since we became a sovereign fully independent and free republic. Let this year be the last 4th of February we celebrate. Let all the pomp and pageantry be reserved for the Republic Day of Sri Lanka on 22nd of May. If this government does not have the backbone to finally sever the umbilical cord that binds us to British colonialism, no other government is likely to do so in the near future.