Cassandras trashing our economy, remember we are in World’s Top 10 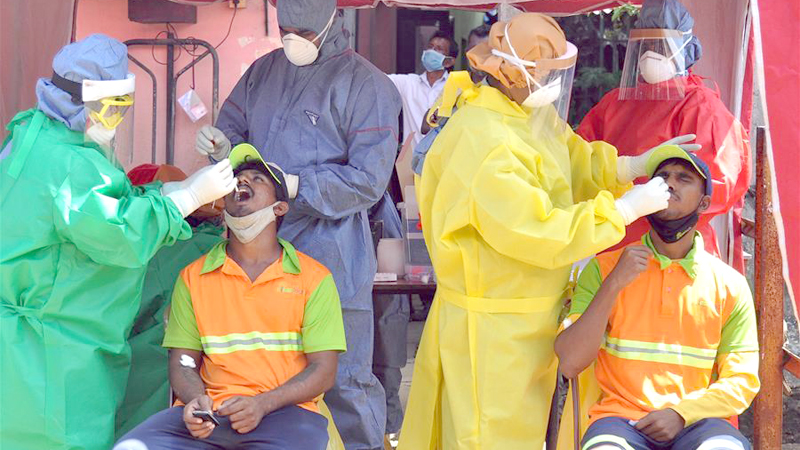 The Australia based Lowy Institute has given Sri Lanka the tenth place in the Covid control rankings – ten places down after New Zealand which has constantly enjoyed the number one spot for successfully dealing with the pandemic.

However, the pundits here keep telling us that in the process the economy has been put through the wringer, and we are on the verge of an economic calamity.

Does it ring true that the country that has the number ten Covid ranking messed up its economy or is about to mess it up?

The economies of today are all caught up in Covid. The world is in the throes of Covidnomics, to coin a term. Those who are haranguing the readers about a macro-economic failure do not seem to know what Covidnomics is doing to the world, and how the economic issues of the day have to be looked through the prism of Covidnomics.

People are abruptly referring us back 10 or 20 years and reminding us about mounting debt and saying that our macro-economic fundamentals are in jeopardy.

But Covidnomics – and Covid – has changed everything, and the world economy is sadly centering around the issue of pandemic management and how that affects the way we look at economies around the globe.

One trend that we can see emerging is that the international agencies and the movers and shakers of the global economic systems are giving high marks to the national economies that managed Covid.

Now, whether countries should be given pass marks or fail marks on the basis of how they managed Covid is debatable; it may not be such a good thing in the long run, or come to think of it, even in the short term.

But that is not the subject of this comment. The merits and demerits of the actions of world powers that are hitching the world economy to Covid and its ramifications may be moot, but it is happening. This comment is based upon that reality.

One the face of it Covidnomics is seen to have a rewards based tendency. The international organizations and indeed the entire structure that undergirds the international economic system look upon the countries that are perceived as successfully having managed Covid as being worthy of being rewarded, because for some reason ‘Covid management’ has the blessings of the international community so-called.

The international community in charge of global economic management, loosely put, is also slightly different from the international community per se that we are used to referring to. Be that as it may, Covidnomics is about a fundamental change in the way the world was doing business. In some very high level think tank circles, it is no secret that they have called Covid or at least the economic changes they expect as a result of it, the Great Reset.

Economists who do not give their minds to this fundamental state of play, are missing the woods for the trees. They are suddenly referring us to the macro-fundamentals so-called and alluding to the fact that the current crisis we are facing is a result of years of accumulated neglect of our macro basics.

Such neglect may have certainly been a reality – it was evident during the five years starting from 2015 certainly – but the current crisis is not a result of it. It cannot also be addressed by tearing our hair about such so-called fundamentals without lending our minds to the particular issue at hand, that caused the problems in the first place, which was Covid and the worldwide Covidnomics that followed.

If there is a reset in the global economy, we have to find out about the fundamentals of that reset instead of losing sleep over the macro-scenario neglect of the past, which is a bygone story anyhow.

We have to also take cognizance of the fact that generally the global economy skyrockets after a slump. Granted this is not guaranteed to happen all the time, but it is better to cater to this probability based on past experience.

Both the Chinese and the Indian economies are showing signs already of coming out of the Covid nightmare with rapidly rebounding economies.

The Chinese story is all too well known already, and in India they have discovered a vaccine and reached a level of herd immunity in high population density megapolis’s such as New Delhi, for instance. This is a remarkable achievement for a country which the experts predicted was going to have a massive problem on its hands due to the so-called issues of overcrowding in urban areas, etc.

The result of such sanguine numbers and prospects in India is that the economy is poised to improve dramatically because that is generally the only way to go when coming out of a slump. If the key players in the global and regional economies make progress, i.e., China and India, it is foreseeable that our economic prospects will not be bad at all.

The biggest fundamental that was ignored in the past, was that the economy was not geared towards growth. The graybeards that are purporting to advise us about our macro-fundamentals today, are essentially those who did not utter a word about the total neglect of economic growth – or creating the conditions for economic growth during the five years of UNP rule.

Nobody has to invent statistics. The numbers are stark. We had the worst growth numbers in the region during those five years, even though there was no pandemic or any such calamity the country faced, apart from the Easter Sunday attacks that do not compare in any event to the damage inflicted by Covid.

If the economy grew as it did in the period from 2005 up to 2015, a great many of the so-called bad macro-fundamentals would have by now been taken care of.

That trend was abruptly stalled in 2015, and the numbers are there to prove it. The 2015–20 legacy is no doubt impacting this regime as it faces the difficult times that have been brought on by Covid. But the Covid statistics would surely have been different if the last Government was in power.

Its abysmal performance in the aftermath of the Easter Sunday attacks indicates that this country would not have earned the tenth ranking in Covid management if the Yahapalana crowd was in charge. Yahapalana crisis management was bad, period. But when we have a government that is doing an excellent job in the key areas, the pundits who were essentially silent in the period of retarded growth in 2015–20 have reared their heads, trying to skew the perceptions.

Perceptions matter, or at least they used to. But these people’s cynicism is so out on a limb that the general performance of the Government on all fronts pushes back fortunately against the negativity that assorted Cassandras and pundits are trying to create. Foreign debt repayment no doubt is a factor when our reserves are dwindling due to the impact of Covid. But a rapid transformation of this situation is on the cards.

We have been one of the first countries out of the gate in tourism, and the positive perceptions with regard to Covid are helping in this regard. There is no alternative but for the economy to grow — and for the country to look for excellent foreign relations with friends, if the readers get the drift.

The moment we borrow from certain countries, there are sections of the global vested interests that seem to react almost violently. But we will have to withstand the pressure. So far the policies that have been put in place are holding good. They should not be changed to the ‘economic retardation paradigm’ that was the style of the previous Government.