Busting the myths of organic agriculture 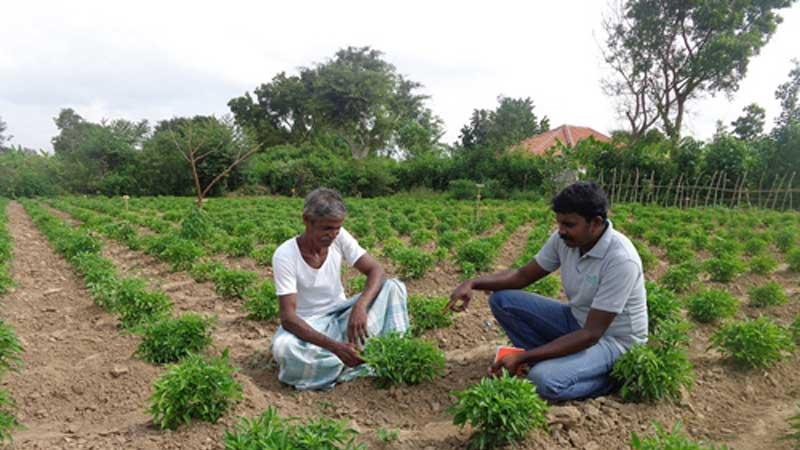 To avoid negative impacts of agrochemicals, the Cabinet of Sri Lanka April, 27, 2021 has approved a ban on the import of chemical fertiliser and other agrochemicals.

The present, this decision has become a controversial issue among agricultural scientists, farmers, the general public, environmental activists and also in the political arena of the country.

The mainstream media is constantly reporting the pros and cons of the banning decision and organic agriculture while the farmers are claiming on present circumstances that they are facing already due to the ban.

The general public is confused between the truth and myths on organic agriculture due to controversial opinions. It has become difficult to understand the problem and the correct measures by the citizens themselves, and more importantly, misleading the policymakers.

Therefore, a clear Science-based reasoning and a solution is needed to solve this national issue. This can be achieved through a more systematic, comprehensive and scientific communication interventions by relevant scientists, authorities, Science communicators and the development journalists.

Whatever the policy directives given, it is evident that the farmers are greatly affected. We cannot ignore and forget the consumers, and other directly and indirectly involved in the field of agriculture including the private sector/industries.

In this context, this article is to discuss the importance of communicating “Science” and the role of development communication and agricultural extension at a time where an import ban has been imposed on chemical fertilisers and pesticides.

Soil is one of the most basic resources in agriculture. Soil fertility is the most important determinant of the crop productivity while managing insect pests, diseases and weeds area among the biggest challenges faced by the farmers.

Improved crop varieties introduced with the green revolution together with synthetic fertiliser and pesticides, have led to significant productivity improvements in the agriculture sector worldwide.

However, we need to accept that the misuse and overuse of agro-chemicals, and other malpractices have damaged the balance and sustainability of the natural ecosystems.

It is also an important note that the agriculture sector is the most vulnerable to climate change effects. Therefore, managing a healthy and sustainable food production system is vital as we all need healthy food and also a sustainable future.

The world population is rising and Sri Lanka is not an exception, and we need to feed these increasing numbers to avoid malnutrition and starvation.

As predicted by the researchers Davis et.al (2016) improvements in rice production can feed 25.3 million Sri Lankans (compared to a projected population of 23.8 million people) by 2050. To achieve this growth, consumptive water use and nitrogen fertiliser application alone may need to be increased by as much as 69 percent and 23 percent.

In such a context, the issues we need to address today about organic agriculture and the ban of agrochemicals are;

What is, and why organic agriculture?

Can we achieve food and nutritional security of the country through a fully organic approach?

Do we have organic fertiliser in adequate amounts?

Is the import of organic fertiliser a viable solution?

Do we have an adequately organised mechanism for the production and fair distribution of organic fertiliser?

How to face the pest and disease infestations without agrochemicals?

Do we have adequate local research output with field verification trials for a fully organic transformation?

Does the present agricultural extension system is ready for a fully organic transformation?

Do the farmers have adequate knowledge, skills and requisite attitude to a fully organic transformation in a short run?

What will happen to the livelihoods and living standard of the people who are directly and indirectly depend on agriculture as a consequence of the agrochemical ban? And this list can be extended with more other related direct and indirect questions.

This article will not provide answers for all these questions but highlights the importance of communicating “Science” to have viable scientific solutions.

Already, farmers are raising the issues on unfair distribution of available agrochemicals especially the synthetic fertiliser. They are also complaining about crop failures especially because of not receiving the subsidised chemical fertiliser on time.

In June 2015, the Government imposed a ban on Glyphosate (chemical weedicide) based on the assumption that it is one of the major causative factors for Chronic Kidney Disease of uncertain etiology (CKDu) although it has not yet been scientifically proven and hence controversial.

According to a study we conducted in 2019, in the Dry Zone, Glyphosate was available in the market, imported illegally, at exorbitant prices and of course, it is not a secret. The farmers said that they have not been given training or awareness on possible alternatives for weed control and therefore were facing difficulties.

The problem of weed control is more serious for large-scale farmers who are cultivating more than two acres. There is a high possibility for the same scenario with respect to the present banning on agrochemicals.

We have a traditional proverb as “better to do a business if you have knowledge and otherwise farming”. In Sinhala: “dana weladama, nodana govithena”. However, this traditional proverb is no more valid. It could have had a slight meaning in subsistence agriculture.

At present, the subsistence agriculture is no more practical to feed a nation and it is required to consider farming as a business. Commercial agriculture requires a vast array of knowledge, information, technology, technical knowhow, agrochemical input, new improved crop varieties, machineries, marketing, management and so on.

That is why the universities are offering agriculture degrees covering the subjects in a wide array of subjects such as Crop Science, Soil Science, Animal Science, Biology, Biotechnology, Food Science and Technology, Agricultural Engineering, Economics and Business Management, Agricultural Extension, Information and Communication Technology and so on.

The simplest definition for agriculture, is the art and “Science” of growing crops and raring animals, has now been extended for processing, transportation and marketing like activities along the supply chains until reaching the consumers, and also management of waste generated from the plate.

Today, it seems that all kinds of people including politicians, professionals including those in the medical profession, and even priests and artists are giving advice and recommendations on agricultural production simply because they have not identified“ agriculture” as a “Science”.

They are not in a position to differentiate the traditional subsistence agriculture from the present day commercial agriculture. With their lack of knowledge on understanding on “Agriculture” as a “Science”, they also think that sustainability of ecosystems and human health is all about organic agriculture and using organic fertiliser, which is not correct.

They also predict the success of the suddenly imposed agrochemical ban for a fully organic approach without a scientific basis.

It is true that we need a transformation for a healthy and sustainable food production system. However, food security is one of the most important aspects of a country and certainly, it should be in the priority list of development.

Therefore, the policy decisions related to food production should be made carefully and rationally, based on the scientific investigations and conclusions, or else the negative consequences cannot be repaired easily.

The term “Agricultural Extension” may not be familiar for the general public or may think as what the role of agricultural extension has in relation to the banning of agrochemicals.

In general, new technology and information should reach the farmers to increase the production and productivity of the agricultural systems and thereby achieving food security, and improving the living standards of the people.

There is no argument at all on the fact that we need to accept the right of any citizen / individual to have the freedom of expression. However, farmer adoption of innovations and or practices should be based on the scientific recommendations and not based on myths, emotions, personal interests and political motives of the individuals.

What to adopt should be recommended by scientists/experts in the relevant field. Agricultural extension is the process that helps farmers in this regard. That is to translate and transfer the experts’/ scientists’ recommendations based on scientific investigations. We have a well-established and time-tested public agricultural research and extension system of the country to perform this role.

Agricultural research is aimed at finding out solutions to the problems faced by the agricultural production systems. Scientific research in agriculture are basically conducted at the related research stations in the country established under the purview of different departments and ministries, and in the Faculties of Agriculture in the state universities.

Recommendations for farmers to adopt should be the output of scientific research conducted at these research stations. The agronomic practices including fertiliser application, and pest and disease management should come up through the scientific processes led by the agricultural scientists and not by others who just express their personal opinions. Whatever the new technologies and practices, it is the responsibility of the extension organisations and or the extension arm of the particular organisations to transfer the said technologies for farmers to adopt through scientific methodologies.

Accordingly, it is unprofessional to make recommendations on agriculture by people who have not trained as scientists/experts in the field of agriculture. Therefore, it is the responsibility of the agricultural scientists/experts, Science communicators and development journalists to direct the policy decisions of the government based on scientific evidence.

Policies are required to support the adoption of technologies by farmers recommended by the relevant scientists/ research stations after testing the success at the field level. Then, and only then, the recommendation is scientific and not hypothetical.

Agricultural extension is a two way flow that should occur at different stages as to identify problems faced by farmers, when recommendations are tested in the field and when farmers are practicing recommendations.

Therefore, the agricultural extension should play a vital role in the present situation as well.

The system should be able to identify the real issues at the farmer level and information should reach the research stations and other relevant authorities.

The writer is a Senior Lecturer,
Department of Agricultural Extension Faculty of Agriculture University of Peradeniya