Building a Taiwan for India 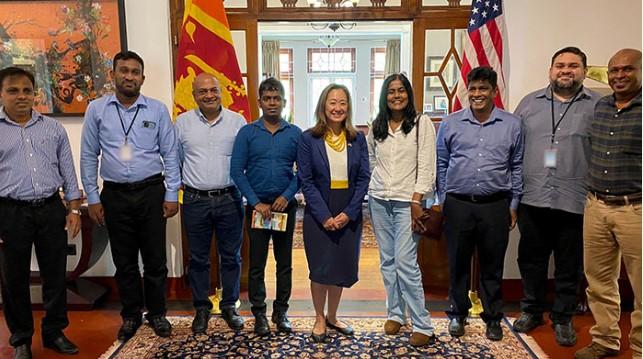 How India is blind sided in west’s long term game

Recently USAID announced a grant of 57 million that follows a series of assistance given by the official aid arm since 2009. It has built links with civil society/NGOs community, Professional Organisations and even created Think Tanks modelled on Washington edifice with an aim of transforming the nation politically, economically and socially.  Encroachment receives little alarm from its bigger neighbour dissimilar to 80s (When JR’s foreign policy irked Indira Ghandi). Indian media WION, CRUX, TIMES OF INDIA who mostly reverberate their geopolitical news from western narrative remain oblivious to this (REPUBLIC TV is the opposite) while a slightest move by China is picked up and reported adversely. ‘Ideological Subversion’ remains an eluded topic in our political culture. Furthermore rationale has been not to disrupt its burgeoning friendship as a hedge against China in a myopic belief that US would treat South Asian partner as an equal. Yet steeped in irony a leaf of lesson can be taken from its Asian rival how it navigated the treacherous path to what it is today.

Vietnam War left US economy in low ebb. Nixon had to close the Gold Window the Dollar which was the medium of exchange in the world was under threat. Administration realised something must be done to resurrect the economy. Dollar needed support to overcome this. A gentlemen’s agreement was reached with Saudi to price the oil in Dollars, later came to be known as “The Petro Dollar”. Yet that would not halt triumphant Soviet Union from expanding in Asia buoyed by Vietnam victory. Prevalent Sino-Soviet split bestowed Washington the opportunity to seek rapprochement with Chinese Communist Party (CCP) as a counter balance to its larger threat Soviet. What followed was one of the most successful win-win arrangements in the post-world war era. West would embrace China and open its markets in return for investments. The trading would be in Dollars. Many cross cultural programs started (Motion Pic: Mao’s Last Dancer). Mutual academic programs flourished https://www.ceibs.edu/. West would adhere to “ONE CHINA POLICY”, Security Council seat returned from Chinese National Party (Taiwan was dumped). In reciprocity China would not interfere in US expansionism, hibernate the Veto in Security Council. Interventions in Afghanistan, Gulf War one and Yugoslavia would go unheeded at the door of Beijing.

Argument of Washington foreign policy advocates was through time China would transform and fall within the sphere of influence. It came close in Tiananmen Square uprising https://worldaffairs.blog.  Yet Beijing kept rising without being succumbed to west.

Co-existence would follow uninterrupted until 2008 GFC where Washington and its allies deliberated China had achieved a threshold of maturity to challenge the unipolar world order. Its political clout has grown, economically integrated to the world. There is greater risk contagion may spread to BRICS. From this point west pivots to Asia to forge alliances to counter Panda’s unstoppable trajectory. Repeating history this time India is picked to offset the new challenge.

Lesson to India of its new found ally are many from Beijing. How to exploit the best in a relationship with a super power without being subjugated politically, economically, socially. Possess a far sight that someday west would encircle a dominant India and Sri Lanka may well assigned to play the role of Taiwan.