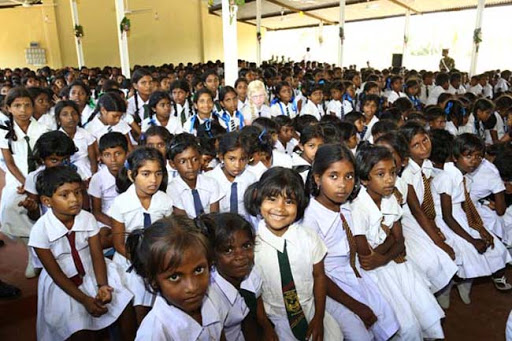 The days following the elimination of the LTTE leadership were justifiably joyous for a nation that had been plagued and held hostage by terrorism for three decades. Joy, however, is relative to place and person. I am thinking about the three hundred thousand plus who were in IDP facilities at the time.

True, they were no longer being held hostage by a ruthless terrorist outfit that did not think twice about axing limbs of 5-year olds trying to flee or opening fire on the elderly, the pregnant and the sick as thousand (including LTTE cadres) saw perhaps for the first time the true face of the ‘liberator’ and crafted upon that terrible countenance megalomania, revenge-intent and self-preservation. They had left a diet of one glass of rice gruel a day. Their children would not be taken from them. Even if what they arrived at did not have ‘Paradise’ written all over it, they knew they had escaped from hell and hopelessness.

Still, life ‘after’, did not seem rosy in the least. In the early days, facilities and resources did not match will. The massive influx proved hard to deal with. Feeding three hundred thousand people, caring for the sick, bringing together families that had got split in the mad rush out of Prabhakaran’s hell was not an easy task. The Government and the security forces had to make sure that water and sanitation met minimum standards, even while being hampered by the reality that many among these people were LTTE cadres or sympathetic to their cause and ever conscious of a trigger-happy international community ready to fire accusation mortars their way.

It was easy, back then, for bleeding heart I/NGO personalities who had bet on the LTTE prevailing over the security forces, to complain about the situation, accuse the Government of running open air prisons, wail about freedom of moment being curtailed etc. They were lucky. Un-elected and answerable to no one except those who pumped dollars into their bank accounts, they did not have to deal with logistics associated with the above reality.

I visited the Menik Farm IDP facility in Cheddikulam in July 2009. I realized that had it not been for the discipline and structured authority of the Army, things would have been far worse. The authorities were in constant communication with the I/NGOs and UN agencies that had offered to help but naturally on their terms and not those of these agencies whose track record in helping the LTTE was common knowledge. By that time, there was order. The day-to-day was streamlined. Conditions in these facilities were not ideal, but still better than in some other parts of the country.

I remember being horrified by some of the stories these unfortunate people related. I was impressed that despite all the trials they had been put through, most of them retained their dignity, self-respect and humanity. Thinking back, I believe that nothing impressed or inspired me more than how these people asserted their will to live and prosper.

I visited all the relief facilities. In each unit, regardless of size and population, I encountered ‘education’. There were hundreds of teachers among the IDPs and many principals as well. Naturally, there were thousands of children. Each and every one of them had ‘returned’ to school, so to speak, almost all of them after many months. The authorities facilitated it all. The largess of their fellow-citizens and well-meaning non-governmental organization had ensured they would not lack in stationary. The people themselves, despite all the trauma they had been through and indeed had not yet overcome, had decided that the children must learn, even under the harshest of conditions.

There were ‘classes’ under the trees and inside tents. They were organized according to age. The children were being taught English, Tamil, Mathematics and Science. Some of the instructors were teachers attached to the Education Department. Some were older students or adults who had been trained in other professions. I was impressed by the enthusiasm of the teachers and the students. I remember thinking, ‘this country has reason to hope’.

That was resilience. Resilience is what our nation is all about. We’ve suffered enough but have always made sure that the foundation of our civilization has remained intact. Five hundred years of colonial rule which included the killing of thousands, burning of libraries and destroying of temples, had not succeeded in destroying the faith of the people and their sense of identity. A tsunami did not demoralize a people into mass suicide. Two insurrections did not see the consecration of anarchy. A thirty year long war against terrorism had not made embrace among communities impossible.

No, we are not a people ready to roll over and die, whatever the odds. In Cheddikulam, the teachers were not unlike teachers elsewhere, teaching under different and far more hospitable circumstances. They were dedicated, disciplined and strict. Worthy of utmost veneration and admiration.

I have no idea what their ideological preferences are. I don’t know if they identified with the LTTE or with the idea of Eelam. It does not matter. What counts is that they exemplified something beautiful about the human condition: the will to live, to do one’s best, to think and live ‘community’ and ‘solidarity’. To me, these are the same qualities that those who contributed in whatever way to rid the country of the terrorist menace were endowed with.

I know we have our identity-preferences, but we also have all that it takes to be a single people.