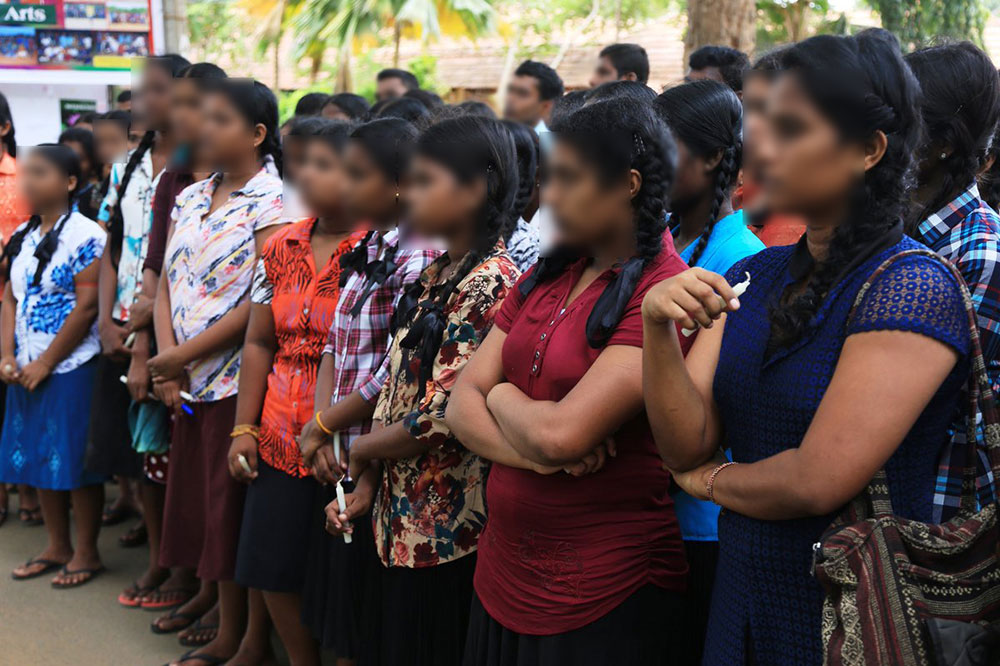 These are days of self-righteous chest-beating and bleeding-heart humanitarianism about the plight of Tamils in Sri Lanka and allegations about wrongs done them by Sri Lankan security forces. These are days of selectivity and myopia, days of doubled-tongued rhetoric of those who never suffered but indeed funded, hurrahed, armed and in other ways were accessories after the facts of death, destruction, displacement and dismemberment. These are therefore days to flip the proverbial coin. ‘The other side’, so to speak, looks like this…..

Everyone living in Sri Lanka, including foreigners, be they tourists, business persons, professionals, volunteers, students, INGO employees, diplomats and other workers in foreign missions and UN personnel (and later, those working for the Sri Lanka Monitoring Mission), from 1983 to May 2009 were potential victims to bomb explosions, suicide attacks and other crimes against humanity planned and executed by the LTTE. Politicians, journalists, academics and artists opposed to the LTTE were high-value targets, as were senior officers in the security forces and the Police. Needless to say, those in the security forces and Police were especially targeted by the terrorists.

Those living in threatened villages and Sinhalese and Muslims living in areas that the LTTE believed were ‘exclusive traditional homelands of the Tamil community’ were in a constant state of apprehension. They expected violent death every moment at every turn.

There was another ‘special’ category: the Tamil civilian. All things considered, they were the most unfortunate. Hundreds of thousands in this category found themselves residence in the middle of a firefight, frilled with landmines, artillery fire, grenade-tossing and so on. ‘Wrong place, wrong time’ was an ‘always’ thing and an ‘everywhere’ phenomenon.

Only they would know; I can only surmise. Some may have identified with the ‘cause’, some not. Some may have seen ‘Sinhala soldier’. Some may have lamented loved ones killed by a soldier who was Sinhalese, never mind if the victim held a gun or carried a grenade. Some may have thought, ‘our boys, right or wrong’. Some not. But all, not some, lived in a territory where terrorist could drop fatigues, wear sarong and transform from combatant to civilian in a matter of seconds. Most were part of the water which the ‘liberator-fish’ needed, and/or part of the human shield behind which the terrorist took cover, placed heavy weapons and threw grenades. All, not some, if they were ‘able-bodied’ were fair-game for recruitment. ‘Choice’ was not their comparative advantage.

Everyone, excluding the absolutely incapacitated, the senile, the infants and the pregnant, were put to use, one way or another. Or at least sought after. Some fled. Some could not. And it got worse when the biggest myth created by the LTTE (invincible) began to come apart. This was when the LTTE, severely handicapped in terms of human resources, decided that among the young, only pregnant women and women with infants would be spared.

Parents with young daughters of marriageable age were distraught. There were no men around for them to marry off their daughters to. No men even to get their daughters pregnant. This is how fathers, out of love for child and fear for her safety, were forced to impregnate their own daughters.

No, not all such girls had to suffer the horror, humility and desecration of things held sacred from infancy, through childhood, growing up and looked forward to tomorrows. They all knew, though. They knew it could happen and they had to make a terrible choice. Some opted to join the LTTE.

Through it all, the LTTE claimed it was ‘the sole representatives of the Tamil community’. Through it all, the LTTE’s proxies in the democratic mainstream, its supporters in the Sri Lankan Tamil Diaspora and its happy launderers in Colombo, played Ostrich. It was just ‘another of those things’ for such people. Like the forcible conscription of children. Like ethnically cleansing the Peninsula of Muslims. Like a thousand other terrible acts which were duly left out of the stories they blurted out to the world.

For the young girls who never thought a father’s love would push him to commit acts unimaginable, these are all academic. The resultant scars are invisible. Not recorded.

That time is gone. If there were any Tamil father and mother who prayed that such a fate would not befall them, then their prayers have been answered. Life returns slowly. Surviving reigns over living. There are men in the villages. Marriageable men. There is love and love-making. Even under harsh circumstances. Young girls do not have to look into their fathers eyes, ask from father and self the question that would not be voiced, and wonder whether within those circles made of and for love-gaze, there lurked fear, guilt, anxiety and self-condemnation.

Young girls do not have to worry whether there will come a time when they have to talk about paternity to their children.

This was not so in May 2009. And had things not ended the way they did, then there is nothing to say that young girls and their parents and indeed an entire community would not have to contemplate or be horrified by the unthinkable.

This is May 2011. It is a different country. Different villages. Families can be families, even in the midst of suspicion and doubt. There would be a thousand questions and a million wants for no human being is ever fully satisfied. There is little to gain, after all, from the consideration of relative merits, one glass of rice-gruel given by the LTTE compared to three cooked meals a day away from gunfire and scream. There would be, I am sure, random moments of thanksgiving, if not uttered as shout or even whisper, echoing in heart and mind. Not to anyone in particular, perhaps, but in appreciation of a time that is not the time that was.

This is May 2011. A young girl is, as I write, looking at her father without any question marks hanging over mind and heart. A gaze is being returned, innocent as a new born babe. A wife and a mother is smiling or making a snide remark of someone being someone else’s favourite. It is not the best of times, but these are better times than days gone by.