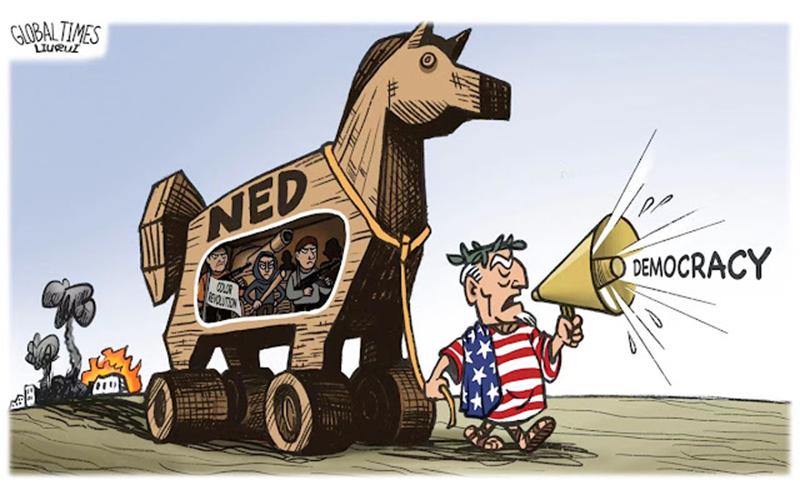 In Sri Lanka’s political lexicon there are two terms that have obtained a lot of play over the past 8 years or so: Toyyas and Bayyas. Bayyas are sometimes taken to be Rajapaksa loyalists but the truth of that identity goes beyond that family and could be best understood as a contradistinction of Toyyas. Toyyas are certainly anti-Rakapaksa but that’s not all they are.

They are anti-Rajapaksa because they believe the Rajapaksas represent Bayyas. Toyyas would suffer any and all violations that the Rajapaksas are accused of if they were committed by those they believe represent the Toyya community, let’s say. That’s those who can be called Kolombians, candle-light ladies, Colombots, rent-a-protest NGO personalities, funded-voices etc.

They typically are anglicized, speak English and can hardly cobble together five Sinhala or Tamil words into a coherent sentence, are often virulently anti-Buddhist and are somehow ashamed of their Sinhala or Tamil ancestry. In short, the kalu-suddhas. The Uncle Toms, if you want a term that the likes of US Ambassador Julie Chung would understand.

Then we have the Wannabe Toyyas,. Most of them believe that adopting Toyya lifestyles, parroting Toyya political preferences and chorusing Toyya antipathies would give them Toyya membership. They were in for a rude shock when the aragalaya imploded — the Toyyas all but branded them as Bayyas, riffraff and rabble, refusing membership and putting quite some distance between themselves and these clearly confused individuals.

Bayyas are no saints either. Most of them know they will be denied Toyya membership. Some (a few) are happy with who they are and are not interested in membership while the politics of others are defined by undisguised envy of the Toyya community.

The aragalaya brought to fore another class of people, small in numbers but certainly effective, at least in terms of delivering the deliverables for which their bosses reward them one way or another: the NEDdas, which is derived from ‘National Endowment for Democracy.’ It has not entered the political lexicon, but it ought to, considering the fact that Neddas were in the thick of things over the past few months or rather were thrust into the thick of things after careful and long preparation over several years.

Before we get to NEDdas, we need to get to NED and to do that we need to understand the machinations of the US government and relevant agents.

Whenever the USA proposes democracy or gets teary about human rights countries that are the intended beneficiary of largesse need to worry. This is not because democracy is a bad thing; it is not. It is not because human rights need not be upheld; they need to be. It is all about what these terms portend when uttered by the USA.

As is abundantly clear to any serious student of the USA and as has been pithily argued by Noam Chomsky in ‘What Uncle Sam really wants,’ Washington doesn’t give two hoots about democracy, human rights, peace or other such lofty ideals. Washington has supported and still supports military juntas, theocracies, monarchies, dictatorships and other forms of totalitarian regimes marked by intolerance, violent crushing of dissent and blatant violation of human rights. Not surprising considering the absolute mockery of democracy and human rights in the USA itself, from back in the day to this very moment.

The terms have currency only when Washington has to deal with regimes or leaders not willing to play comply with US diktat. The USA still does the guns-in-booty-out number but where this is not possible, other means have to be employed. If countries need to be destabilized to get rid of unfriendly leaders or governments and if naked force is not an option for whatever reason subterfuge becomes the default Plan B. The CIA moves in. The CIA has got such a bad reputation, though, that US subterfuge needed a different name, a different lexicon and people wearing different clothes, especially after Congress forbade the agency to organize coup d’etat to secure markets. That’s when the White House and National Security Council moved in to get around the problem. That’s how the National Endowment for Democracy (NED) was set up.

So Washington funds NED, NED creates programs and outsources it to local NGOs in targeted countries who are tasked to make create molehills, turn them into mountains, create or precipitate the creation of objective preconditions where none exist or exploit such that do exist to manufacture and nurture popular dissent. Typically, the envisaged end, despite rhetoric about system-change, is replacement of a government or leader refusing to play ball with Washington by a leadership that is amenable to the advancement of US strategic interests.


Today, it is well known that the NED helped disintegrate the Soviet Union and was in the thick of political changes (not system change) in Georgia, Serbia, Ukraine and the uprisings dubbed ‘Arab Spring’ but which produced an endless and terrifying winter, paradoxically, in the Middle East. Venezuela knows of NED involvement.  It’s not hard to find which countries the NED has funded, which kinds of regimes were targeted and which supported and their relevant loyalties or otherwise to the USA. It is easy to see whether NED-supported groups and governments were or exemplify purported NED-values.

NED is convenient. The name itself disarms the ignorant and gullible. Those in the know, are clearly beneficiaries as organizations or individuals and as such are willing pawns in Washington’s designs can claim, as some have, ‘No, we never got US funds.’ Indeed, one such individual who would have people believe he is in or is ‘the epicenter of the aragalaya’ (one wonders what other ‘epicenterists’ would have to say to this claim), when confronted with evidence of involvement with NED, backtracked and tried the age-old diversionary tactic — ‘Alright, yes, but what’s wrong with things like voter-education, eh?’ Others could ask, ‘what’s wrong with democracy, human rights etc.?’  A simple counter-question would suffice to floor them all: ‘to what end, really, brother?’

First, the condescension is insufferable. The assumption is that Sri Lankan voters are ignorant and need democracy-tuition. Second, there’s a pernicious twisting of all norms of democracy; constitution and popular will as expressed through the ballot are brushed aside in favour of manufactured and exaggerated popular dissent followed by tacit withdrawal of support for agitation the moment the preferred political outcome is obtained. Third, typically, the track records of the agents roped in make dismal reading.  It is easy after all to identify reasonably intelligent people with chips on their shoulders (which usually has nothing to do with ideological or political bent but about some simmering element of self-doubt or bruised egos) and cultivate them to be deployed at the right time. Yes, the NEDdas.

Now the NEDdas could say (and they have) ‘it doesn’t matter who gives money as long as the job is done.’ Well, that’s an end-justifies-the-means argument. Regardless, if anyone doesn’t care about what this ‘job’ is all about, has no clue and doesn’t care about history and the ways in which NED has operated and for what kind of goals, then such people aren’t really serious about system-change. They, in fact, are doing a job. Hatchet job, one might say.

It’s all about the Golden Rule — he who owns the gold, makes the rules. I wouldn’t call people innocent or naive for not taking the trouble to find out what’s what; I call them irresponsible and dangerous. They charter agitation to waters into which the bad ship ‘US Interests’ can sail in without obstacle. They don’t give a hoot about Sri Lanka. The only Sri Lankans they do care about are themselves.

NEDdas are easily identified. One could check the organizations that NED funds, for starters. One could check NEDda positions (what they promote, who they condemn — countries included) and compare with NED ‘prerogatives.’ If NEDdas don’t care whether or not money is channeled by or through murderers, sackers of cities and other thugs, then of course they are seriously value-challenged. Should be noted.

NEDdas. They need watching. Especially by all the hundreds and thousands who with pureness of heart and idealistic fervour about forging a different kind of nation with truly representative and democratic institutions and processes have their all to the aragalaya. There will be hundreds and thousands of other who will walk this path. They too will have their dreams blown up in their faces by NEDdas of the future. It need not be that way. Gotta keep NEDdas at bay though.