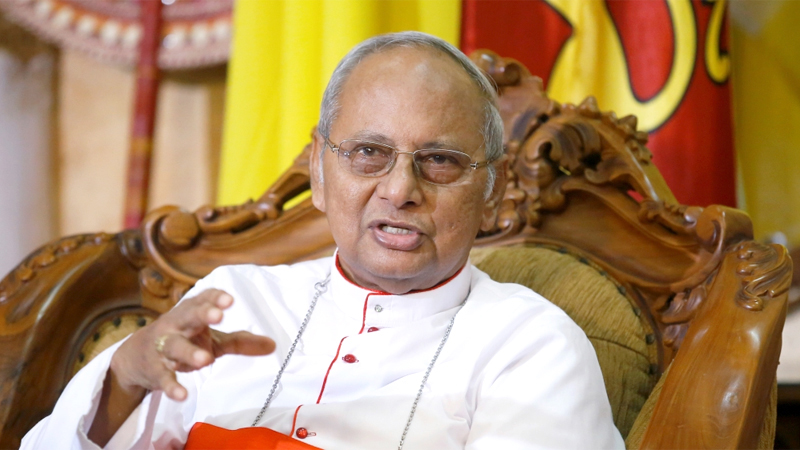 Sri Lanka’s post-independence history has been marred by bloodshed. We have had assassinations of Prime Minister/President/Politicians/Public Officials, unarmed civilians and even children. All of these killings have had hidden foreign hands behind them. Amidst this, the hidden hands have deployed people to cause further mayhem. To cover their insidious designs, they mimic ‘conspiracy theories’ to prevent people joining the dots to the money trail. Unfortunately, politicians have become easy bait & their weaknesses are tapped to legislatively weaken the nation, public officials are being tapped to do the same, while we can assume many in the private sector prefer to only view what is profitable to them regardless of what calamity it may cause the country. This leaves us with the armed forces, police & the national security & intelligence apparatus. It is no surprise that this key component would also be targeted along multiple fronts to dilute their role in securing the sovereignty of Sri Lanka.

The first hit to Sri Lanka’s national intelligence apparatus came with the Millennium City debacle that was choreographed well to create a bogus notion of a threat to the life of the former PM RanilW by the intelligence operatives, which not only resulted in raiding the hideout but the disclosure of all of the names of these intelligence operatives to the LTTE which ended up in over 50 of these brave men being gunned down by LTTE. To this day the UNP hierarchy have not apologized to the families of the dead. These intelligence operatives had done a marvelous job in penetrating LTTE operations & helped the armed forces breach LTTE lines of defense. The Millennium City debacle occurred after the 2002 infamous ceasefire agreement signed between Ranil Wickremasinghe & Prabakaran that confined our armed forces to camps and armed LTTE were allowed to go wherever they liked. The inroads LTTE and the camouflaged LTTE in suits would have made to penetrate into the national systems no one will know.

This was the first of the breaches in national security and attempt to destabilize Sri Lanka from within when it looked like the LTTE needed other reinforcements. These came in various forms all funded by foreign sources and probably all kept separate from each other and following orders only. It also made it easy for them to change their modus operandi each time their game plan was on the verge of exposure.

The Church is currently making many allegations. The persons the Church deems guilty need to be first proved guilty. Simply because the Church claims them to be guilty, they cannot be put under the gavel. This is the same Church that openly played a key role in LTTE terrorism – not only via robes but also via their missionary laymen and their organizations.

We can recall over 3000 NGOs were operating in the war-torn areas where LTTE ran a defacto rule. None of them saw fit to take legal action against LTTE for child recruitment except compile lovely reports. None of these terrorist-linked clergy or church-employed laymen were held accountable for every crime LTTE committed. So when the Church now accuses the slow pace of justice, perhaps the Church may care to explain Church inaction over 3 decades against people in robes and laymen linked to LTTE. The Church was part of the bandwagon that openly canvassed for all that the LTTE fought for.

We cannot omit to mention the role played by UNP who led the slogan ‘the war is unwinnable’ demoralized our troops and was prepared to even sign sovereign territory to terrorists. Unfortunately, the nature of cross overs is such that proponents of these statements are even holding key posts in the present government.

That the armed forces, police and intelligence services played a key role in the eventual demise of the LTTE cannot be mentioned enough. These were the unsung heroes and these were also unknown heroes and it was important that their identities were kept secret from public to prevent another Millennium City debacle. However, came regime change in 2015 and we saw how a plethora of NGOs, so-called ‘civil society organizations’ converged to bring about regime change and it was they who decided which armed service personnel was to be transferred, were to be sent to prison, were to be demoted etc. This resulted in the second attempt to dilute and weaken the intelligence and security apparatus of Sri Lanka.

The secret cells that were following and monitoring various likely insurgent groups and leaders were disbanded and politicization within security units led to service heads being at odds with each other. All this was naturally being watched in glee by the handlers who were no doubt elated at the manner their pawns were performing.

It is a puzzle that 8 men decided to commit suicide attacking 3 churches and 3 hotels without leaving a reason for doing so or at least making a demand even after a dramatized ISIS pledge relayed over social media. That unsuited personnel were manning the crucial security apparatus & taking lenient notice of the warnings highlighted the bad selection to these roles which led to their inability to respond proactively to prevent the carnage inspite repeated warnings.

However, none of the officials who were in security roles during the Easter attack are holding positions currently. Therefore, when the Church decides to nitpick names of current officials and plug these names to the Easter Sunday attack, it is playing political mischief. This generally happens every time the country is on a vulnerable footing and the mischief handlers love to make the atmosphere worse.

It is important for the general public to realize that today there are only a handful able to call a spade a spade because they have not compromised their integrity – most others are pawns. We live in times when most doctors are bribed by big pharma to prescribe their medicines, our politicians & their families have lost their integrity as well, public officials also need to be investigated, private sector also have skeletons.

Thus, the Sri Lankan public must be aware of why Sri Lanka is important to many except the leaders of Sri Lanka. The historical attempt to acquire Sri Lanka continues. Our resources and assets are valued by those that seek their takeover but not the owners who have no issue in siphoning them off, while a handful of us are trying to safeguard the little we have left to call our own as we realize the need to preserve it to pass on to future generations.

Our faith in the armed forces, police & intelligence & security apparatus should not be shirked and we must be attuned to attempts to dislodge their importance from the very quarters that played a role in sponsoring and fanning terror.

The people are no doubt intelligent and have studied the various operations to destabilize Sri Lanka. Thus, the pawns are tasked to regularly come up with more ‘stories’ to keep the process moving.

Rev Siril claims on 23 October 2021 that the main suicide bomber Zahran Hashim leader of NTJ was given monetary and other support from Sri Lanka’s intelligence services & that the present head of SIS had links to Zahran & his followers.

In March 2021 Rev. Siril said that the Church was yet to be convinced that the Government was on the ‘right track to identify Easter Sunday architects’ – what is the track that the Rev wishes the Govt to take? Does the Church have its own list of suspects & have they given this list to the authorities or found their own evidence?

In August 2021 Rev Siril told the Sunday Morning that the Cardinal was mooting ‘international assistance’ – perhaps the Rev has forgotten that FBI bolted to Sri Lanka no sooner the bombings took place and went off with most of the mobile evidence! We are yet to know what their conclusions are. Other foreign intelligence also landed to ‘assist’ but none of their findings have been made public by them or the previous government. Could it not be possible that the majority of evidence has been removed or taken out of Sri Lanka during the last government!

It is also noteworthy to mention that the quarters that claim to seek justice for Easter Sunday are also demanding the release of an arrested lawyer not bothered to even wonder what his role was in the Easter Sunday attack. Many in the legal fraternity are also jumping to his defense simply because he is ‘one of them’ – no wonder we can never get justice for anything. Everyone appears to be happy to accuse some lower-rung people of the crime and ignore the main brains – why!

What needs to be clearly said however, is that if the authorities have pinned down the suspects with evidence beyond doubt and if the current laws in place are insufficient to indict, the AG’s department is tasked to create the laws to do so. No one should be released or given a lesser sentence simply because we do not have the legal provisions to indict them in proportion to the crime they have committed. This is regarded as a terrorist attack and the severest punishment should be given for this calculated & planned murder of innocent people & LTTE crimes should be covered as well.

While the Church is demanding the complete implementation of the recommendations by the Easter Sunday Commission, it is pertinent that we demand the GoSL conduct investigations into the Church links to LTTE and the role played by Church fathers in helping LTTE with their terror, taking part in pro-LTTE protests, running LTTE child solder orphanages and allegations of transporting arms in their vehicles. The prominent Church fathers that have led pro-LTTE protests going so far as to even lobby the UN/UNHRC. Why didn’t the Church take action against these Fathers for their role in helping terror?

The country’s security & intelligence apparatus is nothing for external entities (local or foreign) to interfere in. It is an important entity that must be protected by the State.