Attackers leave a trail of hilarity behind them 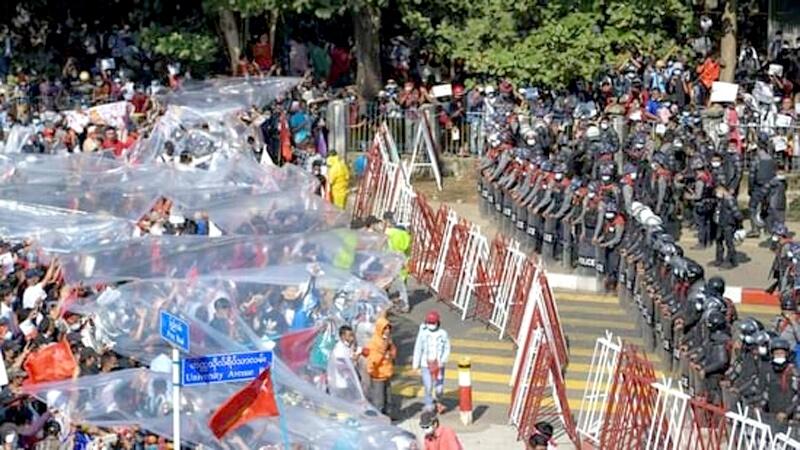 The Myanmarisation cry has now died down somewhat. That’s owing to the fact that suddenly the Port City issue came to the fore after the Port City Commission Bill saw the light of day, and abruptly the critics saw the opportunity to say “Chinafication”.

So Myanmarisation gave way to Chinafication and accusations such as Chinese debt trap, and all that.

These people had better decide. Is the military with the aid of the ex-military President trying to militarise the country, and run it like a garrison State such as Myanmar with hermit like isolationist policies and brutal military muscle?

Or, is the country open to the winds of trade and commerce — not isolated at all — and inviting the Chinese to come and takeover this lucrative enterprise outpost, and make it their colony?

Because, it can’t be both. If the country is being militarised, the Chinese won’t risk doing business here. A Myanmar type military regime is quickly isolated. Nobody does business with isolated places. Look at Myanmar that has got such a bad rap these days.

The Myanmarisation cry became threadbare. The Opposition was creating such a ruckus about the Covid situation that it became ridiculous to say that this country is militarising.

Which militarising country would allow that kind of attack on the regime in media, particularly when most of the charges made are unfair and baseless? There was definitely the need for a new bogey.

So they resurrected an old one. Ah China! The Port City Commission Bill gave them the perfect opening, and so Myanmarisation was pushed to the back burner for the moment and Chinafication became the battle cry.

Of course when the China bogey becomes threadbare, they will pull the Myanmar cry off from the back burner and scream Myanmar, Myanmar Myanmar until they bleed their vocal chords dry.

When there is nothing bad happening here in this country and the economy is moving despite some Covid anxieties etc, they are unable to point to anything that’s happening here, at the present moment – as it were, in the here and the now.

They wager that the President is trying to run the country the way China does – but China is not run by the military. Of course China is not a democracy, but the Communist Party runs the nation and the administrate structure and the political superstructure is all civilian.

It defies logic to say that the President is Myanmarising and say in the same breath that the government is running the country taking a leaf from China’s book.

China has a vibrant capitalist culture though it’s run by the Communist Party. Cities such as Shanghai are more cosmopolitan than New York. Myanmar on the other hand is isolationist – and the economy there is reeling.

There are writers and general busybodies contributing ecstatic pieces about the fact that Sri Lankan army officers possibly being arrested for war crimes if they travel abroad.

He writes that Sri Lankans are likely to be added to the list of persons who may be arrested under the Magnitsky Act. Magnitsky legislation refers to laws providing for U. S governmental sanctions against foreign individuals who have committed human rights abuses, or have been involved in significant corruption.According to Marcan Marker (MM) somehow our Generals are equally demonic as Suharto and Pinochet have been. Suharto is Indonesian. May be MM has heard of another Indonesian by the name of Darusman. That guy wrote a report meant for the UN Secretary General in which he claimed 40,000 civilians were killed in the last phase of hostilities between the LTTE and Sri Lankan government forces. He adduced no evidence. Where are the bodies?

MM seems to know nothing about this Indonesian and his report but he knows all about the other Indonesian Suharto, and how he was shivering in his boots afraid to travel abroad.

MM’s inference is that the Sri Lankan Security Forces top brass too should similarly shiver in their boots and not travel abroad. Other than perhaps thinking about the wrong Indonesian in the context of war crimes, MM seems to be the type who takes the “international community” very seriously when they talk about war crimes of the Sri Lankan forces. He must know that some of the major powers in the international community didn’t want to cross the South African government that imposed the Apartheid policy. “Initially, several countries within the United Nations had supported the South African defence that the apartheid problem was a matter essentially within her domestic jurisdiction.

But by 1963 even these recognised that the doctrine of domestic jurisdiction was being unduly distorted to subserve apartheid interests and provide legitimacy for them. Thus the United Kingdom, for one, changed her previous stand on the issue.”

That’s a quote from an academic paper written by J. K. Feimpong in the Black Law Journal.

With Sri Lanka, the international community does not accept Lord Naseby’s position that the Sri Lankan Security Forces committed no war crimes. In any event Darusman’s report is not backed up by any hard evidence of civilian deaths amounting to 40,000.

Where are the bodies, is a question worth repeating. But MM exults in his article that in the future Sri Lankan forces personnel and other civilians who led the battle effort could be arrested for war crimes when they travel abroad, because the Sri Lankan government “has failed against the international community.”

The kind of international community that at first condoned apartheid? Only to realise the error of their ways later. Pity also, that MM does not mention his friend Tony Blair along with Suharto and Pinochet. I remember talking to this writer MM when Tony Blair was in Colombo and was due to make a speech at the Lakshman Kadirgarmar Institute by private invitation. MM exclaimed, “but Tony Blair is a war criminal.”

“International statesman; guardian of Africa; religious leader; global businessman… as he jets around the world, it’s hard to see where one role begins and another ends,” writes Money Week, about Tony Blair. Ah, jets round the world. I guess certain types of war criminals don’t get arrested. Psst! I will let you in on a secret. They don’t get written about by certain writers either.

These MMs would rather write about Suharto and Pinochet the war criminals, and exult about how non-war criminal Sri Lankan Generals may also get arrested for war crimes abroad. As for war criminals such as Tony Blair they jet around the world, and nobody could care less, least of all Marwan Marcan Markar. He’s only worried about Sri Lankan, Indonesian and Chilean war criminals. Sri Lankan primarily, especially because he doesn’t care two hoots about the fact that they are in fact not war criminals at all.