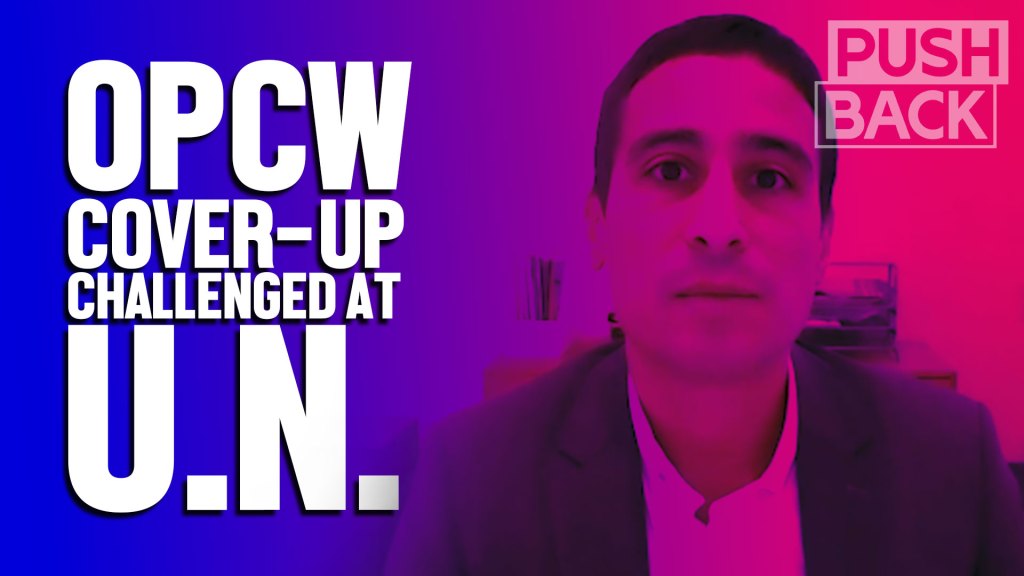 In remarks to the UN Security Council, Aaron Maté of The Grayzone debunks the OPCW’s lies about its Syria cover-up scandal and challenges the US and UK on their role.

Speaking to the United Nations Security Council, Aaron Maté of The Grayzone takes apart the OPCW’s excuses for refusing to address the organization’s Syria cover-up scandal.

OPCW inspectors found no evidence to support allegations of a Syrian government chemical weapons attack in the city of Douma in April 2018. But their findings were suppressed, and the team was sidelined.

The OPCW leadership now claims that “most of the analytical work took place” in the “last six months” of the Douma investigation, when the original team was out of the picture. Comparing the OPCW’s own published reports, Maté shows why that is demonstrably false.

The bulk of the work was in fact carried out by the original team in the first weeks of the probe, and the “analytical work” conducted after their censorship is minor in scale and riddled with deceptions and unsupported conclusions.

Maté also addresses a new claim by OPCW Director General Fernando Arias that “I don’t know why” the OPCW’s final Douma report “was contested.” This is another demonstrably false claim, as Arias’ own prior statements show.

Maté also asks the US and UK ambassadors if they will support a new proposal from distinguished signatories — including five former OPCW officials — to let the OPCW’s own Scientific Advisory Board assess the claims of the dissenting inspectors. The US and UK Ambassadors left the meeting — it is unclear when — and so did not respond.

The Grayzone’s coverage of the OPCW’s Syria cover-up scandal: https://thegrayzone.com/category/opcw-douma/