Are we Sri Lankans or tourists? 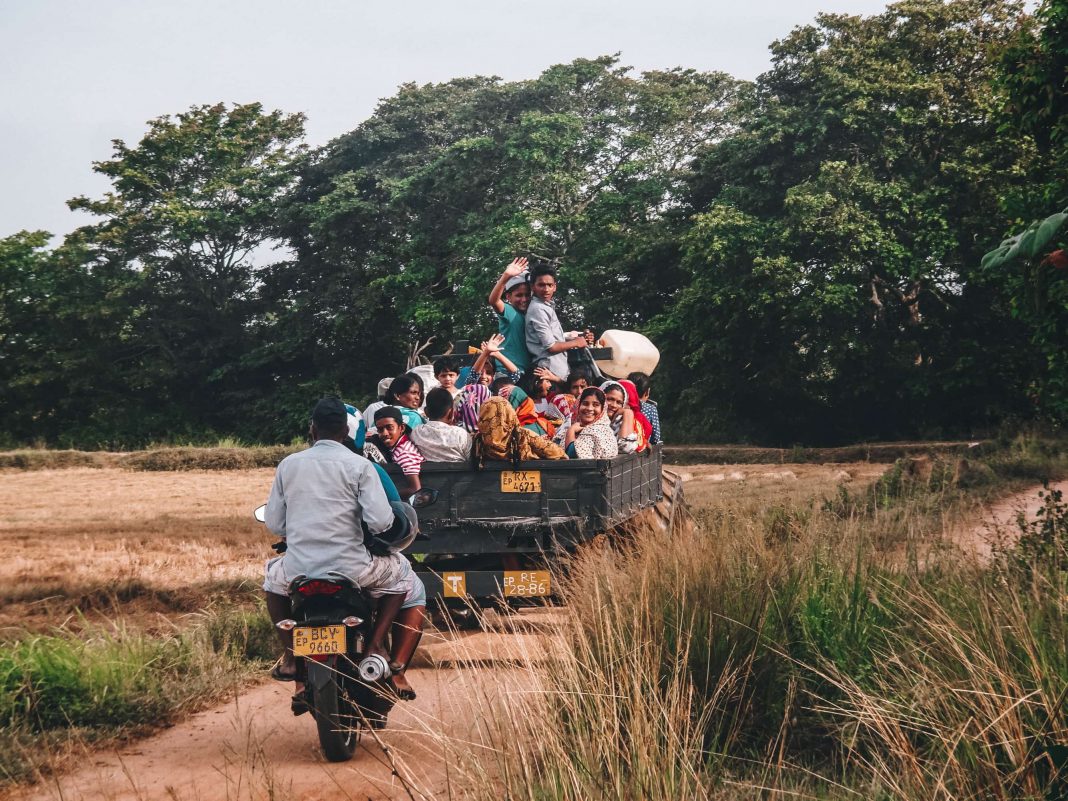 On February 4, 1948, the British formally ended their colonial occupation of Sri Lanka and granted the country ‘independence’, but what does this word mean? Are we independent today? If so what is there to show for it?

From 1948, have we had the assertiveness to reclaim our lost identity as a nation, translated into everyday living values, skills and way of thinking? Have we connected with our indigenous knowledge and our heritage; the main bequeath of a national identity which our ancient rulers protected so ingeniously or are we floundering like fish out of water and expecting to survive from the bait of alien cultures and fall prey to diverse machinations?

In the 73 years of our so-called independence, have we got even remotely close to creating a traditional system of knowledge dissemination? We seem to have forgotten that the world marvels at creations our ancestors have made with our ancient Gurukula and Pirivena systems of knowledge. It is this education that had historically made this nation an ancient hub of healthcare.

We have the world’s first hospital built in Mihintale in a Buddhistic heritage background, which had advanced sanitary facilities and carried out surgical operations.

Today, we have allowed surgery to become owned fully by Allopathy or Western science based medical industry. We have failed to honour our past medical science by taking it into the future. Let alone surgery which admittedly is a complex branch of medical study handed down from generation to generation, especially if it is indigenous knowledge based, we have failed to protect even a kindergarten type of knowledge related to our traditional medical science.

This is evident in how we have made and implemented our policies for the past 73 years and apparent in how we are running the battle of this so-called pandemic that vaccine industrialist Bill Gates predicted several years ago when he spoke of the need for ‘vaccines’ for new fangled virus ‘bio weapon.’

Today, without a single effort to study the ancient vaccine making of this nation and ancient China and India, and without stopping to contemplate if there are such expertise which can be resurrected, we are blindly championing experimental foreign vaccines that are going to cost our economic health and the health of our people.

We seem to have masked our minds to the fact that our national indigenous medical science (Deshiya Chikitsa or Sinhala Wedakama) that predates Indian Ayurveda and established the unique medical system of Sri Lankan Ayurveda has to date traditional physicians who are creating oral vaccines. Laxman J. Embuldeniya, Traditional Sinhala Wedakam physician and is the known one who has now almost for a year silently assisted Sri Lankan garment factories and other places to battle the pandemic with best results.

Being also a computer engineer, he has approached his traditional vaccine making in a manner that Westernised persons can understand and has meticulously filed the reactions of the thousands of people he has treated.

However, primarily, traditional agriculture, the goldmine of our vast treasure of indigenous seed varieties (deshiyabeeja), the historic knowledge of soil nutritionalising that we had, we could have made an export industry of this knowledge if we had not lost ourselves.

In this day and age of Western science vaccine worshiping, we have forgotten that Sri Lankan traditional food is the most superior form of medication that we possess.

This is in line with the founder of Allopathy, Hippocrates who decreed that we should let food be our medicine. He was not talking about food made into poison by the so-called ‘superior’ knowledge of humans. If the original nature-based food is promoted as medicine, the Western medicine industry which earns billions of dollars by having the world as one gigantic hospital ward, will have to revert to penury.

One does not need a mind of a rocket scientist to figure that the chemical agriculture industry and the medical industry are as interlinked as the sun and the moon; both need each other to be appreciated. For this to work the world over, one needs to ‘sell’ a particular brand of ‘knowledge,’ package it as ‘scientifically superior,’ and that it is God’s own truth and nothing but the truth. Through PhD offers and scholarships and diverse prestige perks, the Western education industry remains the phantom of silent partnership.

We have thousands of Sri Lankans desperate to get one of these scholarships and return with a mind well polished with a slavish mentality. They do not know any better as they have long cut the umbilical cord with the hundreds of forms of indigenous knowledge of their nation. They will remain the blind undertakers of the burial of our national identity.

These will be those who are euphemistically categorised as intellectuals and those who will be advising the powers that be. All those who hold the treasure of traditional knowledge will be labelled as ‘uneducated,’ ‘unscientific,’ and ‘backward.’ This is how the universe-mind linked ancient sciences such as kemkrama, kemgovithena, ‘athbeheth,’ and astrology connected agriculture is considered to be ‘rubbish,’ by the modernised, westernised, scientific academia.

The ancient science of Astrology that dates back to the times of Christ (the significance of the birth of Christ was said to be associated with a particular star that the wise men saw) is today taken by unwise men to be ‘unscientific.’

Today, we have become the slaves of a science we worship without recognising with our purported superior analytical skill that we are worse at analysing than a robot that has been programmed to do its master’s bidding.

After giving ‘independence’, there were many other routes explored to destroy former colonial states. One key route is by destroying their soil, their heritage, agriculture and their mental connection with safeguarding and proliferating these. The destruction of the strength of humans of a nation is equivalent to destroying the nation. Weak persons with low nutrition and low immunity cannot build reservoirs or world marvels such as Sigiriya. They cannot set up wise policy that will feature them as bearers of a proud civilisation.

Let us strive to depart from these weak states and be the Sri Lankans whose names are worth the merit of the linking with our ancestors.

It does not matter if we, in this lifetime, bear the label of Sinhala, Muslim, Tamil or Burgher. We were born into this soil and we are bound by that.

That gives us an immense responsibility to seek out, protect, conserve, promote and discuss and, above all, create an emotional bond with our intangible cultural heritage.