Are Governments losing control to Corporates 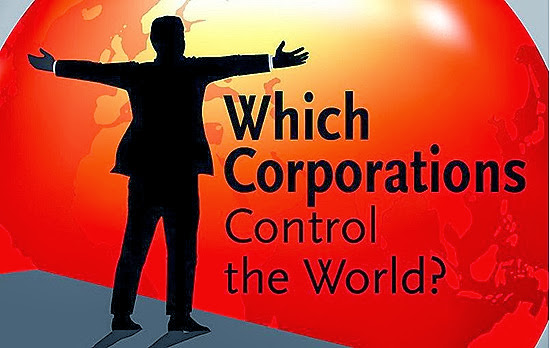 There are many lessons to learn from history. A look back in time will reveal occasions that companies forced governments to invade or create regime change in nations because government policies were impacting their profit & presence in countries. US corporates in South America, assassination of Iran’s Mossadegh are just a handful of examples that come to mind. The important point is that corporates have silently been influencing governments to the point of even dislodging governments. Today, corporates (nowhere near squeaky clean) are even taking governments to court. With the corporate owned media carrying on a systematic campaign to showcase the inefficiency of governments & their apparatus – we should wonder what they are up to now!

Many of the global companies relocate to third world nations, not to do any favor to them but because these countries are advantageous to them – they pay fewer taxes, they can employ cheap labor and there is less regulations while they can easily exploit local conditions. This is the haven and heaven away from home where most likely the opposite prevails. So if Western companies are relocating to third world nations, there is a good reason for them to do so and it isn’t out of any heart wrenching desire to help the Third World. That is likely to come at the bottom of their priority list. Accenture is a good example – it has relocated to various parts of the world & operates its franchises via a Swiss holding company incorporates in Bermuda – it has close to 400,000 employees working in 55 countries/200 cities. These are virtually STATELESS COMPANIES or METANATIONALS.

https://fee.org/articles/do-big-corporations-control-america/ notice how increasing numbers of politicians & public servants are joining big corporates no sooner they retire! How much conflict of interest have they been privy to while in office in favor of these corporates!

Essentially what it means is that their heart is not in any one nation leave alone their birthhome and they wish to only profit from wherever they are located in. Their loyalty in essence is to none but themselves. This is quite the opposite from the General Motors theme ‘what was good fo our country was good for General Motors’. All of the global companies fish for countries to relocate depending on how ‘friendly’ and ‘free’ regulations are. Their pals in the international monetary agencies help them via demands upon governments to make their nation ‘investor friendly’ and building up a mythical scenario amongst citizens that government apparatus is not friendly for the foreign investors & more ‘liberalizations’ are required. Plenty of locals are co-opted easily to parrot this requirement. These are the supposed ‘experts’ to whom governments have to listen as they are the ‘policy makers’.

https://www.famcap.com/the-worlds-750-biggest-family-businesses/– this list of 750 family—run businesses across the world are either fully private or the family holds at least 30% shares in the public company & annual revenues exceeding $2.6billion.

These metanational corporates are very sleazy – they are virtually above the law. They ensure they register in a country that gives them legal protection, they have their corporate management in a country that suits the upper echelons, they have their financial assets where they know no one can touch and spread staff as they see fit. How else do corporates big guns hold trillions of dollars in tax-free offshore accounts? Can we call this ‘stateless income’? President Obama called them ‘Corporate deserters’ for hoarding money (article by Parag Khanna) The 10 biggest banks is said to control almost 50% of assets worldwide.

Companies use the strength of their balance sheets to borrow money from banks and then use the cash to buy their own shares from the stock market This inflates the value of the remaining stock, consequently increasing the net worth of the largest shareholders.

Bigpharma is owned by investment funds. Institutional investors are holding our health – connected through their shareholders! What an investment the covid vaccines are!

Public companies too are owned by large institutional investors & this in turn will create many ownership links to create virtual common ownerships!

Common shareholders are said to own 50% of a company while they also hold stakes in rival pharma companies. Bayer the makers of Asprin was collectively owned by Swiss-based Novartis& German-Bayer (50% each)

Pfizer, J&J & Merck hold shares in Vanguard, SSGA & BlackRock investment companies. Pfizer & AstraZeneca are also connected. Together they control drug prices – nothing that customers can complain about as they are all one big cartel & buy over generic brands, where they cannot they refuse to share patents. Health is unfortunately a money making machine.

It would be good if governments woke up to ground realities.

The sovereignty of nations today is interlinked to supply chains & demand & supply. When countries have failed in self-sufficiency their dependency for import-export makes them reliant on global institutes/companies and this in turn gives upper edge for metanational corporates to enter as ‘foreign investors’ but in reality more than they give to a nation – they take away, unseen, unnoticed and unaware to the government & the populace as no one is really bothered to monitor what the foreign investor has really given against what he is annually taking away out of the country. A mental scenario of taboo to question them is circulated amongst the populace. With everything becoming ‘virtual’ and reliance on computer systems – will governance be from the ‘clouds’!

how enticing are these PPP deals or is it simply an interim-maneuver until corporates can take control over state enterprises and state assets. The “Made in ….. “ will become just a tag-line for a final lproduct will have parts sourced from all corners of the world. There nothing ‘British’ in anything ‘British’ nowadays!

If international companies are increasingly becoming ‘divorced’ from the nation-state they started out their enterprise having relocated to various countries around the world & profiting from each, those they employ invariably encapsulates the same mentality. With this notion gaining currency, is this a subtle alternate way to burying the nation-state system as we know these very global corporates are pushing for the one-world governance under their control. The end objective is to have rulers & the ruled.

When companies smell the power they can yield over governments and countries – it is dangerous. They have no affinity nor is there any legal hold over them. They essentially control the food we eat, the medicines we take and the supply chain that dictates our existence. All that corporates do not have are standing armies. But, let’s not forget for bananas governments have been overthrown in South America and Africa, for oil leaders have been assassinated or regimes overthrown, to pilfer diamonds and resources, dictators have been propped to power – there is nothing that corporates cannot get governments to do. Look at how games have fallen prey to corporates & their sponsorships. No longer is a cricket a game & players are just pawns of brands that own them. What happens if a country-owned company starts buying ports in different countries similar to Dubai Ports World acquiring the British company that operated ports in US? The nationality of corporates should remain national and not international for national-sovereignty to prevail.

Governments/Politicians and the Political system may not be perfect but it is based on some form of people representation which demands the People to correct its flaws & nuances. However, corporate control largely for personal/shareholder profit is rarely concerned about equitable distribution or welfare of the masses. Corporates are not squeaky clean either & there is no international mechanism to rope them for their white-collar crimes too – many of these crimes often get ignored & overlooked based on the power they yield over the propaganda communicated about them (which they control) & the strength of their influence over the systems that accuse them.

Corporates can have key roles but they cannot be allowed to take over & control the nation-state!