Appeal to lift LTTE ban in the UK declined 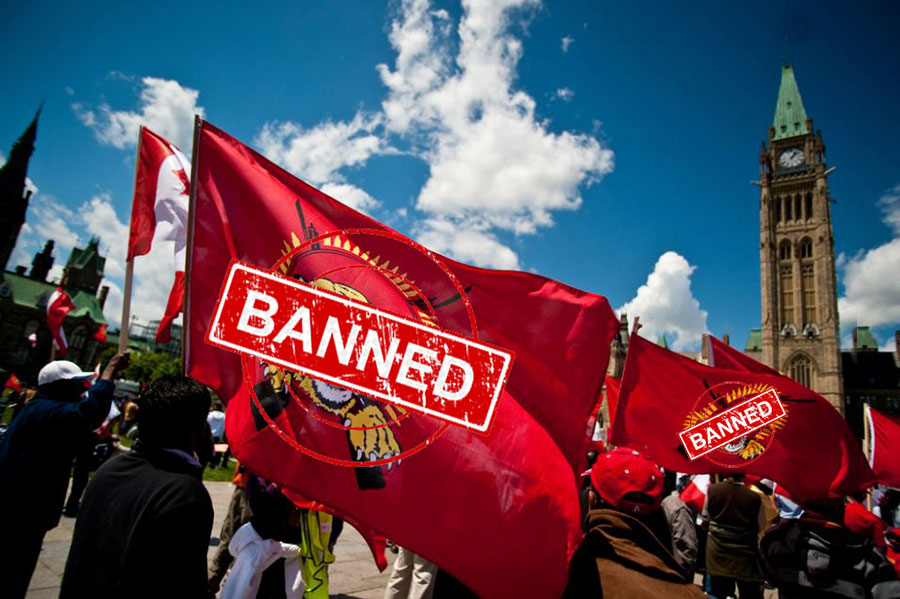 An attempt by Liberation Tigers of Tamil Elaam (LTTE) fronts to lift the United Kingdom’s (UK’s) ban on the terror group was thwarted last week with the Proscribed Organisations Appeal Commission (POAC) accepting an undertaking by the Home Secretary to review its decision instead of an order to refer it to parliament where a delisting could have been approved.

Following the order, the Home Office announced that the proscription of the LTTE remains pending a review by it in the coming days.

In their ‘Judgment on Relief’, the Appeals Commission acknowledged the Parliament is the ultimate body where such a ban could have been rolled back but it declined to accept that this case merited such an action.

The five unnamed appellant members representing the Transnational Government of Tamil Eelam (TGTE), an alleged front of the LTTE which is banned in Sri Lanka, is expected to appeal the decision of the POAC in the coming days. The TGTE is not a banned entity in the UK.The POAC in October last year ruled that a decision by the Home Secretary in 2019 to continue the LTTE proscription was ‘flawed’. But on Thursday it declined to issue an order to quash the Home Secretary’s decision to continue the LTTE under the proscribed organisations list which would involve an order under section 5(4) of the UK’s Terrorism Act. The order done in exceptional cases would have set in motion a process to remove the ban.

In its judgment, of which a copy has been seen by the Sunday Observer, the Commission has stated, ‘We consider that the SOS’s (Secretary of State) account of the flaws which we found in the decision is essentially correct. We did not find evidence to support the decision, or that it was unreasonable. This is not, therefore, a case in which we consider that it would be appropriate to make an order under section 5(4).’ The LTTE remnants globally are trying to revive the transnational terror outfit which has remained defunct since May 2009. After 12 years since the end of the ruthless LTTE war in May 2009, the organisation is still banned in 32 countries, due to the threat it poses.

Many Sri Lankans domiciled in the UK lament that the remnants of the terror group have taken many faces since its decimation in 2009 and the most vociferous is the human rights fronts active in Geneva. “Their latest trend is to indoctrinate the third generation of diaspora members in the West,” a Sri Lankan academic said cautioning that the government must take up this issue with host governments immediately.

A similar move in the European Union (EU) to remove LTTE’s terrorist label became unsuccessful with the European Council early this month renewing the ban on the group. The EU terrorist list which sets out persons, groups and entities subject to restrictive measures within its territory is renewed every six months.

The Ontario Centre for Policy Research (OCPR) a Canadian think tank researching the global activities of the LTTE says the terror group is one of the most ruthless and wealthiest terrorist groups in the world. The group’s annual income is an estimated US$ 300 million. However, funds in countries where the organisation is banned has been frozen.

The latest case unfolded in 2018 when the UK’s home office was submitted with an application by the TGTE to de-proscribe the LTTE. The Home Secretary in a letter dated March 8, 2019 refused to de-proscribe the group concluding that there was ‘sufficient evidence to form a reasonable belief that LTTE continued to harbour terrorism’.

The TGTE later appealed to the POAC which returned that the decision of the Home Secretary was ‘flawed’. This opened a path for the LTTE remnants to seek a de-proscription from the UK’s Parliament.The case was heard by the POAC on July 29 and 31 last year. The ‘judgment on relief’ for the appellants was delivered last Thursday. Despite the earlier ruling in favour of the appellants, the Commission comprising Lady Justice Elisabeth Laing, Richard Whittam QC and Philip Nelson CMG last Thursday declined to order Home Secretary Priti Patel to lay an order in parliament to remove the LTTE from the list of proscribed organisations.

According to the judgment, the Commission had accepted an undertaking from the Home Secretary that her office will reconsider the 2018 application made by the TGTE to de-proscribe the LTTE, within 90 days.

“If the proscription is to be continued, the process leading to the decision needs to be flawless and based on evidence,” a member of the Sri Lankan professional community in the UK that fights against the LTTE’s negative influence on the Tamil youth said adding that a de-proscription of LTTE in the UK is unlikely at this point.

The appellants of the case have sought to appeal the judgment, foreign media reported.

The case which sought judicial review of the decision to ban the LTTE was between ‘Arumugam and others’ and ‘Secretary of State for the Home Department’ which has been cited as the respondent.Ms. M. Lester QC and Mr. M. Birdling instructed by Bindmans LLP appeared on behalf of the appellants.

Sir J. Eadie QC, Mr. B. Watson and Ms. E. Wilsdon instructed by the Government Legal Department appeared on behalf of the Secretary of State. Mr. A. McCullough QC, and Ms. R. Toney instructed by Special Advocates’ Support Office appeared as special advocates in the case.

Sri Lanka’s Foreign Ministry, issued a statement on October 22, when the POAC ruled that the process to proscribe the LTTE as a designated group was flawed.

The Sri Lankan Government has been made aware of the judgment by the Proscribed Organizations Appeals Commission (POAC) of the United Kingdom on October, 21, 2020. The decision of the POAC arises from an appeal filed in May 2019 by an LTTE front organisation challenging the decision of the UK Secretary of State for Home Affairs on eight March 2019, which refused the application by the group to de-proscribe the LTTE from the list of Proscribed Organizations under the UK Terrorism Act of 2000.

While the Sri Lankan Government was not a party to these proceedings at the POAC and could not make direct representations, it however assisted the UK Government by providing relevant information with regard to continued terrorist activities.

The open judgment of the POAC while allowing the appeal, provides for further hearings, and the Sri Lankan Government will continue to closely monitor the progress of the case in the UK.

The Government has sufficient evidence to prove that the remnants of the LTTE and groups aligned with its terrorist ideology are active in foreign countries, working to incite violence and destabilise the country.

Sri Lanka remains vigilant of threats to its national security as well as that of the region, and will always support members of the international community in the global fight against terrorism.New Delhi has also “shared information” with the UK as to why the terror group should not be removed from the banned list, Indian media reported earlier.