Crisis. This is interestingly a word that at some level warms the cockles of a politician’s heart. Governments can point to calamities and pooh-pooh demands to address issues that have plagued society for a long time. They provide ammunition to the opposition, even one which is weak, clueless and indeed precipitated the issues that are marked ‘Of overriding importance.’

We saw this during the long decades of the country’s struggle to defeat terrorism. We see milder versions of the phenomenon during natural disasters such as the tsunami, landslides, floods and droughts. Respective governments can and have brushed aside persisting problems such as lawlessness, poverty, inter-communal harmony, climate change, drugs etc. citing ‘the grave situation at hand’, whatever it may be.

Crises are useful for the sustainable development of a system skewed in favour of the rich and powerful. The system depends on crises. Politicians depend on them too. Is anyone interested in ‘Wilpattu’ or ‘Lankagama’ these days? Anyone for the human-elephant conflict? How about captive elephants and animal cruelty? Reconciliation, anyone?

COVID-19 or no COVID-19 MPs have ample time to study the existing Constitution, its flaws and suggested correctives. They have time to peruse from home constitutions of other countries to find out how others have resolved similar issues through legislation 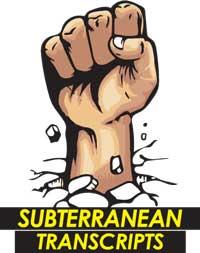 How about the so-called ‘Draconian 20th Amendment’? The 20th, for the record, did not do away with the 19th Amendment, as some claim. Therefore it is not a reinstatement of the 18th, as they also claim. Anyway, if the 20th was as bad as its opponents claim, then the logical thing for a principled political activist to do would be to work tirelessly to mobilise the masses through awareness creation and organisation. We didn’t see that. We are not seeing it. We are unlikely to see it either.

COVID-19 was a bless-’em-all kind of development. It blessed them all. It enables governments to ‘legitimately’ put things on the back burner or junk them altogether. The nature of the virus ‘legitimizes’ the imposition of restrictions. It makes surveillance ok. It’s great for the Opposition too. Nothing that’s done is good enough. There’s always something that could have been done differently. A surge, a bad story, a death make for slogans and memes, criticism and ridicule.

So what of the moves to formulate a new constitution, in the middle of a pandemic, no less? Is this the time for such things, for goodness’ sake? What’s most pressing is combating the virus, surely? First stop the spread, then think about other stuff, a new constitution included. People are going through a rough time, especially the daily wage earners in the city; this is not the time to make new laws. The economy is under severe strain, didn’t you realise?

There’s a lot of noise along these lines. COVID-19, let me repeat, makes for noise. Bigger noise than usual. Remember how the virus was waved by some to criticise the dissolution of Parliament and how moves to replace a legislature that had lost legitimacy was called ‘undemocratic’ and ‘uncivilised’ by those who, funnily enough, wanted to convene that same illegitimate parliament ‘to respond to the pandemic’? Remember how they also wanted elections postponed (citing COVID-19)? Remember the dire predictions? It’s easy of course to make pronouncements after the fact, but it does seem that COVID-19 had little or nothing to do with the concerns expressed. Some were terrified of elections for reasons that became clear a few months ago.

That script was re-used when the 20th Amendment was tabled. In the middle of a pandemic, are you crazy, asked the (selectively) horrified. Today, they express horror about the new constitution. COVID-19 to the fore, once again, we see.

Let’s break it down. First, do we need a new constitution? The obvious answer is ‘yes’ and if the need to amend the J.R. Jayewardene ‘The Mother of all Draconian’ Constitution no less than 20 times doesn’t make a conclusive case, then the non-believers are unlikely to ever believe. Do we need it right away? No, we don’t. We’ve not folded up as a nation. We have demonstrated admirable resilience, in fact. We can wait.

That said, would it detract from the country’s efforts to combat COVID-19, as the nay-sayers insist? Well, right now, there’s a committee tasked to draft a new constitution. That committee has called for public comment. There is a strain on every citizen, but then again, not all citizens really get involved in such exercises. It is hard to argue that all those who do care will not have the time, energy, peace of mind and ability to offer suggestions. Life is never smooth. Everyone has issues. We attend to multiple tasks. Those who really feel a need to get involved, can make the time for it.

In any case, it’s a job for representatives. It’s the job of the legislator. Now there are 225 of them. What are they doing right now? They are, we hope, maintaining social distancing, wearing masks and washing their hands, i.e. strictly adhering to protection protocols. This is something everyone is required to do, even as they go about the not-easy task of living and earning bucks, one way or the other, to meet various expenses.

COVID-19 or no COVID-19 MPs have ample time to study the existing Constitution, its flaws and suggested correctives. They have time to peruse from home constitutions of other countries to find out how others have resolved similar issues through legislation.

The truth is that the 225 worthies we elected on August 5, 2020 are not in the forefront of the battle against COVID-19. That’s for the health authorities in the main, with the support of the relevant state institutions and the public sector workforce. Legislators are not part of that story, outside of the responsibilities they have as citizens, just like any of us.

In short, they have the time. They have the job description. They can and better get working on it.
Interestingly, those who say ‘this is not the time,’ are not saying ‘this is not the time to do business, operate factories or shops.’ They are not saying ‘let’s shut down the entire country.’ No, they are arguing against such ‘draconian’ measures. ‘The economy must move,’ they insist. ‘People must work, must earn money,’ they argue. Well, politicians are people too. They do get paid and enjoy perks on account of being elected to….to….to do what? Well, MAKE LAWS!

So let’s retire these silly objections. The economy must move. The country cannot be shut down. If something is working, we can work to make it work better. If something is not, we fix it. The Constitution; it needs fixing.

Seriously. And now is as a good time as any. Indeed, this could be the best time. The lawmakers don’t have to preen and parade. They can law-make.