A hit job against a President gone horribly wrong 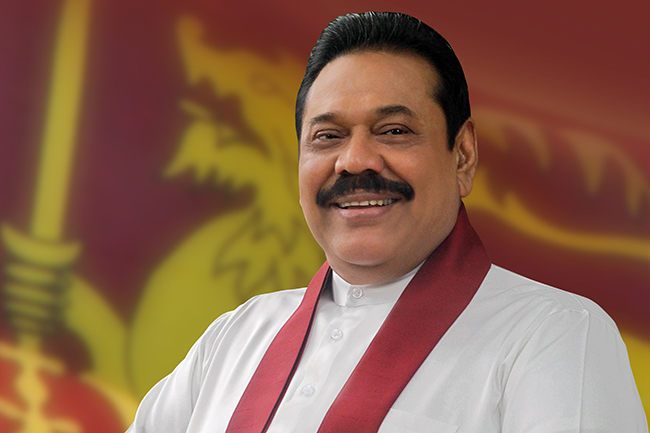 Is it decent to infer that a former President has been conducting himself unlawfully, when he has not done so? By any yardstick, it wouldn’t be.

However, a self-appointed social sentinel who writes to the national newspapers insists that a former president has acted criminally and illegally as most other former Presidents have.

There is also a great deal of to-do about the cases against current governing party politicians that have been withdrawn, or are to be withdrawn on recommendations from certain authorities.

This writer would not comment on that issue as an article was written in this space by him on the subject, and the various ramifications of that matter. But the relentless push to brand the current administration as being “criminal” and worse, is intriguing.

It’s even more curious that the article referred to, goes onto list the unlawful acts so called — or the grievous acts of corruption — resorted to by former presidents. However, there is nothing in that list accusing ex-President and incumbent Premier Mahinda Rajapaksa.

That’s rather strange for a commentary that begins by stating Mahinda Rajapaksa cannot be considered the only ruler accused of corruption and violence.

The inference is of course he is the most grievous offender. But there is nothing in the list that’s given that refers to any of his acts of corruption even though there is a very clear compilation of what the others are said to have done.

If there is such a long and clear list, why is the chief offender allegedly, ex-President Mahinda Rajapaksa not in that compilation?

The point is that there are no comparable offences that are attributable to him. Has there been any case of President Rajapaksa taking over State land for personal use? None. If there are, there is no doubt the accusers would have listed the allegations prominently.

There are no other comparable acts of corruption that can be listed against his name either. There was the Helping Hambanthota brouhaha but with regards to that, the ex-President was exonerated by a Court of law. In any event that’s not comparable to the major offences such as expropriating State property for one’s own use.

In terms of violence that the ex-President is alleged to have resorted to, where is the proof? There is no ‘violence’ that’s directly attributable to President Rajapaksa. This assertion is best put in context by looking into the conduct or the antecedents of ex-rulers, with regard to violence unleashed in their tenure. Where a certain former Premier is considered, there is a certain G. Sunil who was closely associated with him and who was up to no good, to put it mildly. G. Sunil was killed when somebody had been paying him a visit to get a child admitted to a good school. Such was this thug’s power, under political patronage.

There were others associated with direct use of violence, and there was a potentate who killed a producer because there was a drama staged by him based on his better half. These were all directly attributable acts of violence.

There are no such directly attributable acts of violence against President Mahinda Rajapaksa. But yet he is the person who heads the list for corruption and violence according to the writer, and in fact it is stated in the said newspaper contribution that the listed criminal acts of the other Presidents are “lesser in scale.”

Yes, there were attacks on media institutions, such as Sirasa during the war, but there is no indication that any of these acts unleashed during the period of hostilities are attributable to the then President Mahinda Rajapaksa.

In the fog of war many things happened, but there are no acts of corruption or violence that are circumstantially linked to ex-President Rajapaksa, as with the other presidents.

At best, violence is attributable to him due to assumption of chain of command responsibility, but in the context of the fog of war, such attributions make no sense and don’t hold water.

So it is strange that someone writing about decency isn’t decent enough to produce a shred of evidence when locating the ex-President Rajapaksa as leader of the pack of ex-Presidents who were guilty of ‘indecent” conduct.

Yes, the headline of the piece goes on about indecency. Elsewhere in the article the indecency accusation morphs into illegality and “unlawful conduct.” Isn’t it decent that irrespective of whatever coloured glasses you may be looking at somebody through due to your own politics, that cogent evidence and substantiated facts be produced when accusing someone?

Shouldn’t people who talk about decency possess the moral compass to make sure that they don’t pigeonhole people as typifying “criminality” without any evidence of such conduct?

A person with a strong moral compass will no matter his politics, desist from being popular through means of character assassination.

At best, the critic referred to pigeonholes the former President because he is so blinkered by his own politics that he can’t distinguish a truly corrupt politician — one who is corrupt on the proof of evidence, and one who is corrupt as per hearsay.

The bottom line is that that’s all they have against former President Rajapaksa. They have hearsay that he is corrupt, and that hearsay is of course politically motivated against a former President who was so unusually popular that they had to use some means to destroy him.

That may be politics, but to use that hearsay to pretend that paragons of virtue — such as the critic referred to — abhors a “crooked person” such as the ex-President Rajapaksa is lame, and is quite hilarious.

It’s at best a case of letting your politics destroy your credibility. What’s the credibility of a person who can’t produce a shred of evidence against the only President whose corruption he can’t put a finger on, or list out with evidence, as he did with the other Presidents?

Eventually such criticism that’s transparently a hit job has to be seen as the political hack writing that it is.

Somebody may sound as if he is the Pope himself — righteous as well as solemn, serious in tone and perfect to a fault — but if his hack job is so lame and transparent, he is a partisan hack, and nothing more, period.

Of course such partisan hacks write for popularity in their own sphere of existence. Right-wing liberals will take such hacks to be their darlings that embody the “conscience of the nation.”

Give me any day the unpopularity of having genuine integrity. Such as having the moral compass not to accuse people without evidence. Or to call somebody the leader of the corrupt pack when he is the only person you can’t list something against with concrete evidence.

The problem they all have with President Rajapaksa is that he was effective. He ended the war on his watch. It’s grating to these people. They have lost their sense of propriety or credibility or anything of that sort they ever could lay claim to — even a smidgen of it — as they feel compelled to malign the gentleman because he ended their pet projects, such as the war they so coveted. Sad. Such a sad way of trying to cut a figure in society, it gives out a distinctly foul odour.