A draft UNHRC resolution on the United Kingdom 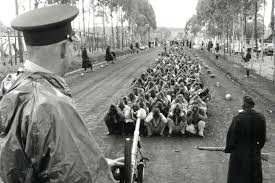 The other co-sponsor was Sri Lanka. Well, it was signed on behalf of Sri Lanka by the then Foreign Minister Mangala Samaraweera. The matter was not discussed in Parliament. There was no public discussion. The then Prime Minister and then President supported Samaraweera. Public approval of this move is best assessed by the results of every major election held since then, the local government elections of 2018 February, the Presidential Election of 2019 and the General Election of 2020. The co-signatories were booted out. Sri Lanka withdrew from the resolution thereafter.

So it’s interesting. The co-sponsors, in effect, aren’t going to be in Geneva. Britain, staunchest ally of the USA, is the designated concussion-substitute, to use a cricketing metaphor that Ms Sarah Hulton, the British High Commissioner in Colombo, would be familiar with (Aside: England has a great cricket team and the win over India in the first test was a classic).

The United Kingdom. Champion of human rights in Sri Lanka and elsewhere. Now, that characterization is something that really floors.  One must stand in awe.

First, let’s talk of Sri Lanka and let’s have credible-talk as opposed to hearsay. The military attache of the British High Commission in Sri Lanka during the period selected for review and censure, Colonel Gash, wrote not a word about excesses by the military. Meanwhile the International Criminal Court (ICC) has found the UK GUILTY of crimes against humanity in Iraq.

That’s recent history. Very recent. And there’s the postscript too. The ICC closed the file on British excesses claiming that the country has shown genuine interest in correcting flaws. Well, the British military’s guidebooks on how to treat prisoners and extract information hasn’t been amended. Indeed, even as the ICC was drafting its determination on the matter, British law-makers were busy getting the wording right on legislation to protect soldiers who do the dirty overseas.
Perhaps it’s old habits dying hard. After all, according to the book “All the Countries We’ve Ever Invaded: And the Few We Never Got Round To” by Steward Laycock, there are only 22 countries Britain never invaded throughout the course of history. What’s invasion about if not plunder of resources, enslavement of peoples, genocide, cultural erasure and such?

But wait, is that hearsay? Well, sadly, no. There’s ample documentation. No, nothing like the Darusman Report which is a badly written piece of fiction based on testimonies from unreliable sources with hardly any substantiation. British barbarism around the globe is well known. Now has Britain ever thought of reconciliation? How about reparations? There is the occasional apology. There is the occasional circus parading facsimiles of robbed manuscripts carefully preserved in museums and private collections.

So what’s the UNHRC going to do about it? History says, ‘nothing.’ On the other hand, history is a dynamic thing. It’s an ongoing process. There are twists and turns. The sun set on the British Empire, after all. The long ‘American Century’ is coming to a close. It could be followed by an Asian Century or even, simply, a Long Chinese Century. As Bob Dylan advocated, it’s good for writers and critics who prophesize with their pens to keep their eyes wide open and not speak too soon, ‘for the wheel’s still in spin and there’s no tellin’ who that it’s naming; for the loser now will later to win.’ Yes, ‘the times they are a-changing’ and the turning point can arrive all too soon!

So here’s in anticipation of a different world order where bucks and bombs are bested by the power of truth and skullduggery and humbuggery are retired for good; here’s a draft resolution that the UNHRC ought to have authored but hasn’t and is unlikely to do so under the current rules-regime, framed of course by global power balances.

It will be tentatively named, ‘Promoting accountability and human rights in and by the United Kingdom.’ And it will read as follows:

Guided by the Charter of the United Nations, the Universal Declaration of Human Rights, the International Covenants on Human Rights and other relevant instruments,

Reaffirming that States must ensure that any measure taken to combat terrorism complies with their obligations under international law, in particular international human rights, refugee and humanitarian law, as applicable,
Observing moreover that States must ensure that all military action regardless of objective complies with the very same obligations mentioned above,

Taking note of the determination by the International Criminal Court (ICC) on British culpability in war crimes committed in Iraq,

Concerned in the gravest terms of the blatant violation of trust by Britain in relation to assurances made to the ICC regarding corrective measures as exemplified by moves to legislate impunity for all manner of crimes committed by British Troops as per the draft Overseas Operations Bill,

Perturbed by the lack of action to redress the grievances of nations and peoples violated in multiple manners by British troops and representatives in processes of invasion followed by annexation and rule in more than 100 countries in the world,

Welcoming, however, the acknowledgment of guilt s expressed in and through oft-repeated apologies for such excesses which include torture, summary execution, rape, theft, arson including biblioclasm and genocide,

Noting with concern that acknowledgment and apology that are not followed by concrete redressing measures,

Calls upon the Government of the United Kingdom to fulfill its relevant legal obligations and commitment to initiate credible and independent actions to ensure justice, equity, accountability and reconciliation with respect to all transgressions in all countries and regions except Andorra, Burundi, Belarus, Bolovia, Central African Republic, Chad, Côte d’Ivoire, Republic of the Congo, Guatemala, Kyrgyztan, Liechtenstein, Luxembourg, Monaco, Marshall Islands, Mali, Mongolia, Paraguay, São Tomé and Príncipe, Sweden, Tajikistan, Uzbekistan and Vatican City, which are the only countries the United Kingdom has not invaded.


Requests the Government of United Kingdom to present, as expeditiously as possible, a comprehensive action plan detailing the steps that the Government has taken and will take in this regard and also to address alleged violations of international law;

3. Encourages the Office of the United Nations High Commissioner for Human Rights and relevant special procedures mandate holders to provide, and the Government of the United Kingdom to accept, advice and technical assistance on implementing the above-mentioned steps, and requests the Office of the High Commissioner to present a report on the provision of such assistance to the Human Rights Council at its forty seventh session.

Not quite. Obviously. The above could be put in diplo-speak or HR-speak if you will. Elaboration is possible and indeed warranted for the crimes are many and terrible. It’s a draft, remember?

[Bolivia, Côte d’Ivoire, Marshall Islands and Uzbekistan, the remaining meter states of the Human Rights Council, may want to be signatories, but they could be excused for belonging to that exclusive 22-member club of nations who were not ‘civilized’ by the British (yes, we are not in diplo-speak mode now). The United Kingdom of course can be a cosponsor, in which case the wording would have to be amended appropriately.]

The experts would know best; perhaps there’s a limit on the number of cosponsors — in which case, the countries could draw lots to select the privileged torch-bearer states seeking redress from the worst violator of human rights the world has known in the course of the last three to four centuries.