A disease, a vaccine, a ‘cure’ and the resurrection of burials 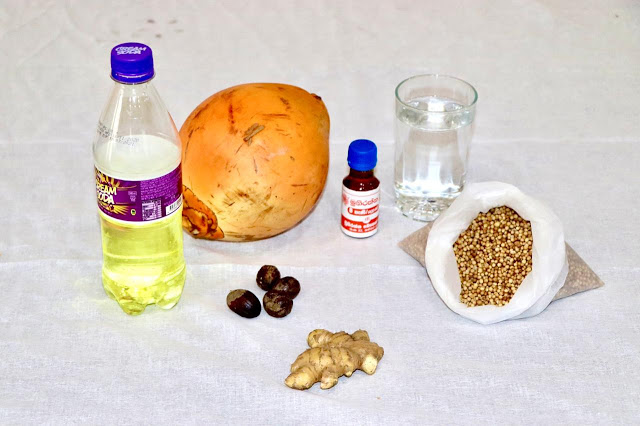 THE WEEK THAT WAS

The third reading of the Budget 2021 was passed in parliament with amendments on Thursday with a majority of 97 votes.  a short while ago, 151 voting in favor while 54 voted against it. It was in a sense a reaffirming of the two-thirds majority that the ruling party, the Sri Lanka Podujana Peramuna (SLPP), acquired to get the 20th Amendment passed. It wasn’t unexpected.

The news of the week was however dominated by issues related to Covid-19. First let’s consider the sober part of things (numbers and measures) before we get to the circus activities.

Two months have passed since the Covid-19 ‘Second Wave’ started. A total of 3,482 cases were reported in the first wave with 13 deaths and as of Thursday the 10th of December, we have 26,592 cases with 131 deaths in the second wave. The numbers keep growing. What of the rates of infections identified against the numbers tested and the overall fatality rate?

The daily case load has shown a spike over the past few days, but the major contribution has been from what are not referred to as sub clusters and sub-sub clusters, in particular the prisons, Atalugama and Akkaraipattu.

The district-wise break down is as follows: Colombo at 12,832, Gampaha 7,244,  Kalutara 1,506 and Kandy 918. The numbers continue to be high due to the peculiar nature of some of the cluster, for example the Welikada Prison in Colombo, Mahara Prison in Gampaha, Bogambara Prison in Kandy and Atalugama in Kalutara. There’s no ‘Minuwangoda Cluster’ to speak of. Brandix is ready to become fully operational.

Here’s the breakdown of the ‘Sub-Sub-Clusters’ of the ‘Peliyagoda Fish Market Cluster’: Prisons, Police and Garment Factories (558 cases), Constructions Sites (472 cases), Atalugama (495 cases). Prisons and Atalugama pose location-specific problems, isolation in the former being impractical while it is being resisted in Atalugama!

‘Atalugama’ is a peculiar case. Villagers have had issues with the Police on several occasions and there’s a clear aversion to testing. Many who were tested positive absconded thereafter, refusing to be moved to treatment facilities. The result is that 495 cases have been identified over the past two weeks. Four have died.

According to information obtained from various sources including the Epidemiology Unit, hospitals, Police and security forces, infections continue to be reported from the Colombo Municipal areas with rates declining in flats while slum areas remain vulnerable due to congestion. The virus, which seemed to have concentrated in Colombo North appears to be moving South, i.e. from Modara, Mattakkuliya to Maligawatte, Maradana, Dematagoda and now towards  Narahenpita,  Kirulapone and Wellawatte. Many areas in Colombo North have now been under isolation for almost 50 days.

Testing has focused on vulnerable groups and communities with 643,550 tests conducted since the advent of the second wave, at an average of 13,000 per day. The tests to positive identification ratio has remained stable around 4%.


Globally, the big news was a vaccine that’s currently being administered in the UK. Allergic reactions have been reported, but it is still too early to pass judgment on efficacy. It is not clear when the vaccines (there’s more than one) will be available here. We don’t know if it is affordable either.

Locally, the ‘cure news’ was the announcement by ayurvedic practitioner Dhammika Bandara that he had discovered a concoction that can combat Covid-19. It has been pointed out that trials that satisfy accepted testing protocols had not been conducted. However, an endorsement by the Minister of Health probably contributed to crowds converging on Kegalle to buy the ‘peniya’ (syrup). Basic protection guidelines were flouted. Relevant authorities either turned a blind eye or lacked the skill to enforce safety measures.

The entire operation has since been brought to a halt.

Miracle cures are not the preserve of ‘native practitioners’. The entire pharmaceutical industry is all about profit, not about improving the health of the sick. There are thousands of physicians who prescribe branded drugs who are essentially agents of the industry.


There are no real alternatives to being pro-active and responsible. Protection protocols need to be strictly observed. There was a serious lapse in this regard when it was claimed that a native remedy had been discovered. People rushing to grab ‘the cure’ abandoned all caution. The authorities didn’t move fast enough to bring things under control. Anyone can claim he/she has found a cure. And if anyone believes this (people believe a lot of crazy things, let us not forget) that’s their business. People can rush to buy anything, magic formulas included. They have to follow safety guidelines though!

To be fair, the syrup that drew crowds to Kegalle was made of ingredients that have curative properties. Still, the basic fact that needs to be understood is that 99.50% of the infected recover. Someone can say ‘gotukola kaenda is a cure, it is guaranteed that if 200 people who are infected have a glass every morning, 199 of them will recover fully in 14 days.’ He/she would be proven correct. Replace ‘gotukola kaenda’ with ‘ice cream’ or ‘a fizzy drink’ or ‘meditating on impermanence’ or ‘holding a rosary and praying’ and you’ll get the same result.

And while you remind yourself that it’s best to wear masks (following guidelines), wash hands, keep social distance, etc., if you are infected and end up in a medical facility, the ‘treatment’ you receive is most likely to be steaming (dun aelleema) and  koththamalli (coriander) with inguru (ginger)!

So let’s not go overboard with ‘science’ and ‘cures’ (miracle or otherwise). The simple fact that everyone seems to have missed is that 99.50% of the infected recover. The only way to find out in a statistically significant manner that any ‘cure’ works is to test it on a large number of infected persons. If, for example, 10,000 infected persons are given the particular medicine and say less than 25 die, then it means that the recovery rate is bettered by it.

Now if someone said king coconut can defeat Covid-19, 1000 infected persons take it in the prescribed dosage and 3-5 of them die, it can be claimed that there’s a high recovery rate, but it what’s been proven is that the recovery rate without treatment has not been bettered. Someone else can say ‘try coca cola’ or goto-kola kaenda!

Here’s a fact that one could note: those tested positive and have been moved to various treatment facilities, apart from being treated for fever, cough and so on with medicines usually prescribed for such ailments, are given coriander and subjected to ‘steaming.’

Also, those who pooh-pooh anything and everything ‘native’ say nothing about faith-healing, holy water and other kinds of stuff which, if it was practiced by Sinhalese or Buddhists, they quickly dub ‘mumbo-jumbo.’  There’s politics in selectivity.

Primary Health Care, Epidemics and Covid-19 Disease Control State Minister Dr. Sudarshini Fernandopulle offering a sober voice urged the public not to panic and requested them not to queue up  seeking the concoction, until research is concluded.   She stated that the Health Ministry was currently in the process of carrying out scientific research on the indigenous medicine.

An interesting side-effect, so to speak, of the syrup bubble is the fact that the Government’s most vociferous opponents have almost completely forgotten what happened the previous week — the Mahara Prison riots that left 11 persons dead and over a 100 wounded.

The report was tabled in Parliament by Justice Minister Ali Sabry. Apparently, some inmates had attempted an escape, ostensibly ‘to escape from getting infected from COVID-19.’ Certain underworld gangs are said to have used the opportunity to turn on rival gangs. Sabry said that things had became tense as they sought speedy redress for issues including congestion.

Much damage was caused by the rioters. Important documents and buildings were set on fire. It is not yet clear on how the 11 prisoners died. Perhaps we will know when the full report is made public, hopefully sooner rather than later.

The other Covid-19 related issue is that of disposing the remains of those who died. The controversy has been over cremating Muslims who succumbed to the virus. As at December 8, 2020, of the 129 deaths, 44 have been Muslims. The percentage is higher than that of the national population slice of that community. Much has been made of this ‘disproportionate Muslim death.’  However, it has to be remembered that most of the deaths are from Colombo and in particular Colombo North where there is a high concentration of Muslims and moreover in congested settings making for a higher infection rate.

A recent article in ‘The Guardian’ by Hannah Ellis-Peterson, their South Asia correspondent, titled ‘Muslims in Sri Lanka “denied justice” over forced cremations of Covid victims’ talks of the travails of that community. Mischievously, one might add. The reference is to a Supreme Court determination that dismissed an application by families who cited ‘religious law.’ ‘Throws out’ is the wording the correspondent used. Neat trick. However, customary law cannot override the main corpus of a country’s law. Court obviously deferred to the opinion of medical professionals.

The problem is that the science pertaining to Covid-19 is a ‘work in progress.’ It is best to err on the side of caution. However, it is significant that over 180 countries have approved burial of Covid victims.

Prime Minister Mahinda Rajapaksa has called on health authorities to ‘find an immediate solution to the burial issue.’ In other words, he’s said ‘revisit the matter.’

Meanwhile, Rauff Hakeem of the Sri Lanka Muslim Congress has issued a veiled threat: ‘civic resistance if burial of Muslims not allowed.’ As things stand, burial of Covid victims would amount to contempt of court, one might argue. He’s essentially accused the court of sanctioning ‘draconian procedures.’  Perhaps he’s thinking ‘votes.’ ‘At the cost of the overall security and safety of the entire country,’ it could be argued.

Hakeem’s words would sound sweet to extremists in his community. If the government permits burial, then it runs the risk of being accused of ‘pandering to Muslim extremism.’ The truth is hardly relevant to such forces. Perception is what counts and that’s a commodity that can easily be manufactured.

In the end, and in the long run, logic should prevail over emotion. Perhaps the way to alleviate Muslim anxieties is to permit burial but in a manner that has not even the slightest chance of causing anxiety to other communities. The Prime Minister has talked of finding places appropriate for burial, for example.

On the other hand, there’s palpable unease in the Catholic community, the main target of the Easter Sunday attacks by Islamic extremists. It goes like this:
‘Muslims believe that if they are cremated they cannot go to heaven. If burial of Covid patients is permitted, then this matter is sorted out as far as they are concerned. What is to stop infected extremists of roaming around Christian communities? They would be fulfilling, in their minds, the will of Allah!’

Is this why the Cardinal is not saying anything on the matter? Perhaps the opinion of that particular religious community should also be sought and made public. They are all part of the nation, after all. Please one community at the cost of hurting another cannot be healthy.

Extremists are seldom placated. If it is not burial it would be something else. Governments cannot allow such a situation to immobilize them. There is a parliament. There are courts. There are the medical professionals. There’s science out there. There’s science being updated.

These are not decisions that require years of deliberation. Decisions should be firm, logical and clearly communicated.
Covid-19 took control of the week, with twists that made things even entertaining as well as worrisome. Let’s hope that sobriety will have its turn.