A blessed nation, relative to the socially divided Western world 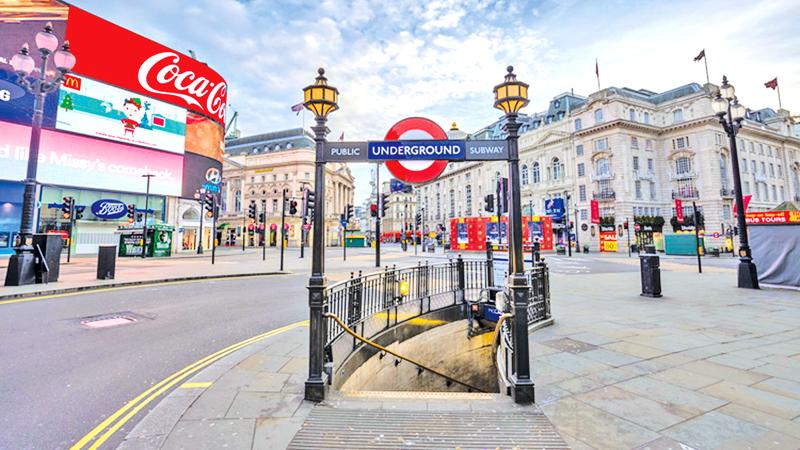 A British Guardian article that’s written by a family that came from Zimbabwe to London makes me want to laugh — and then cry a little too. It’s about a Zimbabwean family that ended up in London fulfilling a long-held dream to live the good life.

These days they feel it’s better to get back to Harare. Apparently, London under the lockdowns and the Covid-19 scares, feels ghastly. They feel Zimbabwe is better. Yes, that’s right — post Mugabe Zimbabwe, with all that runaway inflation and everything.

Then there is the news that a friend of mine who also lives in London wants to make it back here as soon as possible. London doesn’t seem to be the place to be, these days.

These people don’t just feel nostalgic for home country. They feel a sense of urgency to get here. There is no Covid-19 mayhem in these parts. Yes, we have some virus spread here too, but it’s not in the proportions of what’s happening in London, which feels like utter chaos and madness with lockdowns, and spiralling death tolls.

But they say Covid-19 is already creating two kinds of societies in the West. There is a minuscule wealthy class protected by vaccinations and could live in bubbles hermetically sealed from the rest of society. More importantly, they are protected in gilded cages against the economic fallout from Covid-19 that has had greater repercussions in these societies than the virus itself.

Two societies, poles apart in terms of relative wealth. That has always been the recipe for disaster. A society that is fairly uniformly poor, never sees the convulsions that a society that’s wracked by inequality is witness to. That at least has been the historical experience.

We don’t have the two society syndrome in the glaring fashion that’s seen in London, and in the West, particularly after the pandemic cleaved the society apart even more markedly than before with the rich living in their own protected and sanitised bubble, and the rest of society hit by economic hardships, lockdowns and the myriad of attended issues, such as mental stress and depression.

The two society syndrome takes some time and doing before it becomes a syndrome. Every nation on earth has two categories of folk, and sometimes, three, if there is a substantial middle class.

We in Sri Lanka have two classes of society made up of the wealthy, and then the middle class plus the poorer segments — the latter lumped together in contrast to the rich.

But the disparity between these segments has not become so dire, as to be called a syndrome. Make no mistake that the differences can be glaring here in this country too, when one does go into the detail. But even Covid-19 couldn’t cleave society apart in this island, in such a way that one segment lives in a bubble, while the other lives apart, in a state of permanent anxiety and insecurity.

It’s correct that the rich are insulated largely from the economic fallout of the local and the global slump that has impacted life in this country in a major way as well. That is to be expected. But yet, the rich don’t seem to be medically and otherwise in such a world apart that they seem to almost be living on a different planet.

The two society disparities become a syndrome in countries in which vast segments of the population have no upward mobility whatsoever. Former colonies in a greater part of Latin America come to mind.

But if you go to Cuba, though things appear to be ramshackle, conditions are generally said to be fairly uniformly similar. Oscar Hijuelos wrote of Cuba, keenly observing the, “flowers spilling off balconies, and lichen on the sea-rotted walls, astragal fences and antique doors.”

This picaresque, romanticised but run down image typecasts post-colonial societies, be they in Latin America, Asia or Africa. I like to think that in Latin America there is a magic realistic quality to these “lichen in the sea rotted walls” image of decadence.

Buildings exist, that look remarkably like the Capitol building in the US, except that in places like Gabriel Garcia Marquez’s Colombia,, these structures haven’t seen a coat of paint and have an abundance of ‘lichen in the rotted walls.”

We had those buildings too, in what was horrendously named as Slave Island. Old run down colonial building facades. Some of them are still there. But the rest of the surrounding slum land has disappeared. The two societies used to sit in juxtaposition, one the slum lands in Slave Island, and cheek by jowl, the sprawling five star accommodation closer to the coastline.

More recently, slum dwellers were accommodated in apartment complexes, while what used to be the tenement sprawl is now replaced by among other things, the One Galle Face shopping complex. The mall has given employment to many in the surrounding areas, some of whom were drawn to more nefarious activities when in the tenements.

At least the stark contrast of the two societies has disappeared. There is no equality anywhere in the world, but the idea is to bridge the divide as much as possible and avoid the creation of a hermetically sealed class of rich that exists virtually on a different planet.

There were protests when the tenements were cleared, and the rumblings were echoed by the ‘columnists’ and ‘activists’ who wanted the tin-hut tenement dwellers and others who were only slightly better off, to remain where they were, and continue to waste their lives away in the ‘ghetto.’

There are no tech behemoths and other giants that form a super rich ‘one percent’ here, and that too has stood against the creation of the compartmentalised living that has shown up a yawning gulf between the rich and the poor in cities like London, from which former Zimbabweans want to return to Zimbabwe, and Sri Lankans who left not too long ago seek an escape route out to Sri Lanka.

Social divides would never disappear, and there are still the issues of children being subject to abuse in suburbia, and in rural Sri Lanka, a problem that traces to poverty that the Minister himself recently highlighted. But there is a consensus that solutions have to be found, and people have not been cast away to rot indefinitely as an underclass.

We also do not have the obscenity of too much tech — and robots — replacing jobs, at least not yet. The use of armies of robots may not in and of itself be a bad thing in the long run, because the theory at least is that better quality jobs than what the robots take away will be created eventually.

But even in the West, those better conditions have not emerged which is one more reason there was such a widening gulf that emerged between the super rich and the others, especially when Covid-19 hit rudely, as if a bolt from the blue. The convulsions resulting from these societal chasms are there to see. Post election turmoil in the US, the protests against Covid-19 closures in Europe didn’t come from nowhere. These issues trace back to the ever widening gulf between the super rich and the rest, which has been exacerbated due to Covid-19.

These societies are also governed increasingly, it is being said, with centralised control and that was of course in evidence with the Covid-19 related restrictions. Let us say that the pandemic was an exigency and grant that, but the question now is whether these measures will linger on even when normalcy as people knew it returns, if it does, ever. No, we in this country are not rife for revolution, but large swathes of Western nations are, which is partly why those Zimbabweans want to return to Zimbabwe from London, and Sri Lankans want some exit route back to the old country.