The politics of IMF 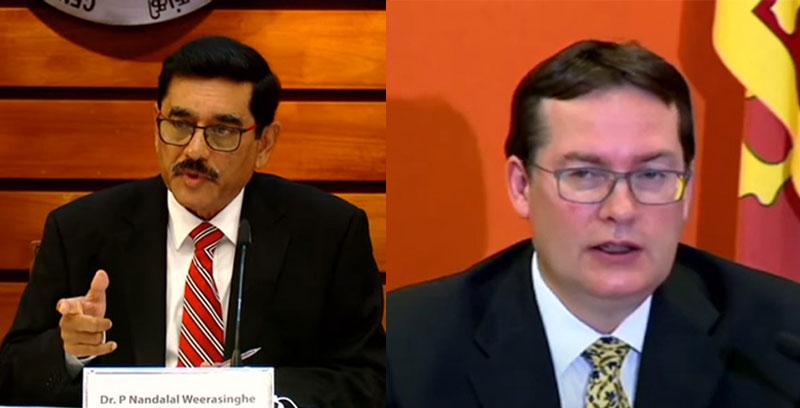 Recently, it was reported in the media that IMF’s Senior Mission Chair Peter Breuer told the reporters in Colombo on 1 October that Sri Lanka needs a government with mandate to carry out the reforms recommended by the IMF under the proposed bailout program. Sri Lanka might well need an election to dilute the political instability but isn’t this a direct interference of the politics of a sovereign member country, and overstepping the boundaries of the IMF?

Even if an election is held, it is highly unlikely that a rigorous discussion on the proposed IMF demands will take the centre stage of the political discourse leading to the election. At best, all that a national election may achieve is to give the false pretence of a public mandate to carry out the proposed reforms.

Some of the recent IMF interventions in Greece and Argentina have been counter-productive in terms of economic recovery. IMF’s own internal reports allude to this fact. The internal report published in IMF’s website under the title “Argentina: Ex-Post Evaluation of Exceptional Access Under the 2018 Stand-By Arrangement-Press Release and Staff Report” conclude that the IMF program contributed to “arguably worsening capital flight rather than boosting confidence” and “did not fulfil the objectives of restoring confidence in fiscal and external viability while fostering economic growth”. This report was produced following a study by the IMF in relation to the 2018 bailout agreement with Argentina, which was the largest bailout package in IMF’s history. It amounted to $ 57 billion and was the 21st bailout agreement that the IMF had with Argentina (recently Argentina received the 22nd bailout package, following the failure of the 21st one).

A similar scenario played out in Greece following the 2010 bailout program, which was worth $ 145 billion. In a report published by IMF titled “Greece: Ex Post Evaluation of Exceptional Access under the 2010 Stand-By Arrangement”, IMF admits it bent its own rules on debt sustainability to go ahead with the program and its forecasts following the bailout program on the economic growth, poverty and unemployment due to the austerity measures were ‘too optimistic’. In other words, what actually played out in Greece was much worse than the IMF predicted, which led to political unrest, relentless public protests, destabilisation of the banking system and mass poverty and unemployment.

It is with this background that we have to look at the current austerity measures that are proposed, and perhaps unofficially already have been or are being implemented, under the blessings of the IMF. In this meeting with the reporters, the IMF Mission Chair apparently did disclose some of the key points in the proposed reforms. Overall, they do not look very different from the IMF template that was followed by Greece and Argentina and many other IMF bailout programs throughout its history.

One of the key recommendations is to cut-off the fuel and electricity subsidies to reduce government spending. However, another recommendation mentioned was to introduce a ‘safety-net’ for those who will be suffering due to the ongoing crisis. Wouldn’t these ‘handouts’ increase government spending, just on a different front and further increase inflation that is beyond control? It has to be noted that fuel and electricity subsidies (actually this recommendation seems to be already implemented by the current administration, which raises doubts on an ‘unofficial agreement’) are indirect subsidies and that they particularly assist the small and medium scale industries and the agricultural and fisheries sectors. Sri Lanka is facing a food crisis and the removal of fuel subsidies have aggravated this problem by the massive blow that it has had on the agricultural and fisheries sectors.

Another recommendation that is proposed is to provide more ‘autonomy’ to the Central Bank through legal reforms. There’s no argument that the Central Bank’s misregulation of the fiscal market has been a key factor that led to the current crisis. However, making it more ‘autonomous’ may actually worsen the issue as even if it is present, it seems to be lacking in proper oversight and accountability. For instance, the Central Bank appointed “Lazard” as an advisor for debt negotiation. Lazard has obvious conflicts of interests in carrying out this task, as it’s also engaged in equity management.

Further, some of the institutional investors of Lazard include major International creditors such as Blackrock, for all we know may also be holding on to Sri Lankan bonds through its subsidiaries. Actually, the organisations that are holding on the Sri Lankan bonds appear to be a closely guarded secret, which goes against the principle of fiscal transparency that the IMF publicly champions.

Further, the Central Bank has refused to accept ‘Mir’, the Russian payment system, citing that the US has imposed sanctions on Russia. Should such a decision be in the hands of some unelected official at the Central Bank? Sri Lanka is struggling due to an energy crisis and many countries in the world, including some European countries, still trade with Russia, particularly in the energy sector. Examples like these make it evident that what the Central Bank is currently lacking is not autonomy, but accountability and transparency. It should come under the purview of the parliament that is the main body that has the responsibility of providing fiscal oversight. Without such accountability and transparency, the Central Bank could get reduced to a mere national branch of the internal organisations such as the IMF and World Bank.

Another recommendation that the IMF has put forth is to introduce a progressive income tax (or rather increase the rates of progressive income tax) and to further increase the corporate tax levels. In reality, businesses in the country are struggling due to high interest rates, import controls, energy crisis, high inflation and the skilled labour market that is fleeing the country in record numbers. In the current economic climate, imposing more direct taxes could very well drive away the remaining investors and the more experienced and skilled labour force out of the country. It could even lead to lesser tax revenue in the long run as the spending power of the higher income earners that is already degraded due to high inflation, degrades further.

The economy could further contract, shooting up unemployment and poverty rates even further. These were the observations in Greece and Argentina following the austerity measures, and it’s quite possible these tax reforms may actually be counterproductive in Sri Lanka as well. It is not clear whether these complexities were taken into account by the IMF in making these recommendations, or whether these reforms are introduced to make the international creditors happy that they have a better chance of recovering their loans.

The reality is that the IMF has to please two sides, and one of those sides is the international creditors. Moreover, the IMF is not a truly apolitical organisation whose sole mission is to provide economic relief. For instance, USA has the sole veto power regarding all of IMF’s decisions and thus it is unavoidable that its foreign policy may influence IMF’s operations. Sri Lanka’s current economic mess has compelled it to seek IMF’s assistance but at the very least, Sri Lanka deserves experts who can negotiate for her own interests, without blindly following IMF’s recommendations to the letter.

Current Central Bank governor has worked for the IMF during his professional career and Dr. Indrajit Coomaraswamy, who heads the debt restructuring committee has worked closely with organisations such as the IMF, World Bank and ADB throughout his career. Their very backgrounds may actually lead to group-think and tunnel-vision when it comes to IMF bailout programs. Examples from Greece and Argentina make it evident that we need a better team at the negotiation table that will actually do the act of ‘negotiating’.