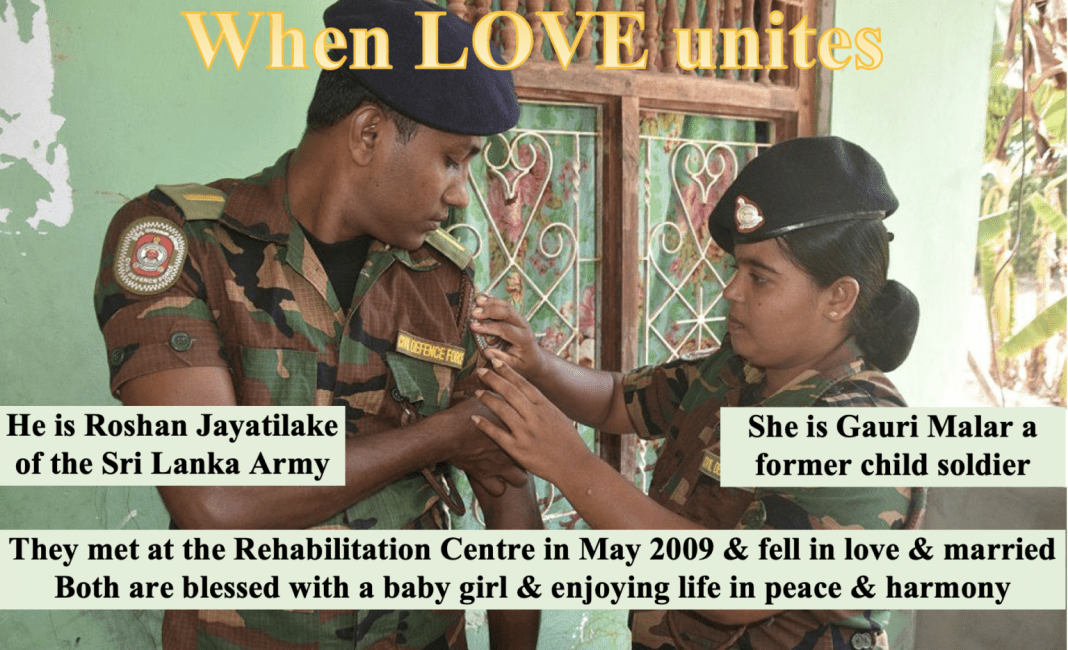 A closure is needed. The lies must end. Stop the tamashas as attendance is also declining. With every year people are waking up & intelligently asking questions & seeking answers. Soon they will call the bluff. UNHRC had investigations, they too failed to produce any evidence of ‘genocide’ or ‘war crimes’. The witch hunt must end. In a battle there is always the winner & the loser. The victory was for the entire nation who had been traumatized by terror. Every citizen was a victim. It was LTTE combatants, their families, their supporters against the rest of the country. LTTE propaganda machine excelled in their ability to lie & create fake news. None of their allegations have been proven even after 13 years. LTTE Diaspora & their families must get on with their lives. We don’t grudge them except wish to appeal to them to end the lies & live their lives without passing on lies to their children to continue.

BURY THE LIES ABOUT THE DEAD

There are no mass graves to even hold these dead

So where is this genocide?

How can there be genocide when Tamil population is increasing?

People should be intelligent enough to ask this fundamental question before parroting ‘genocide’ themselves.

The proud human rights activist EU funded Sooka gave a list of 110 missing in 2015 who happened to be all LTTE. 3 years later in 2018, she increased that missing to 280. The venue was the same in both cases cited. How can this be possible to increase the numbers as she has done!

There were only 3 groups inside the war zone – the Sri Lankan Armed Forces, the LTTE and the Civilians. Civilians would not have been in the theatre of war if LTTE had not forcibly taken them and kept them hostage and as human shields and refused to let them go. Confounding matters further was that some of the civilians willingly took part in hostilities while others were forced to do so. Any civilian engaged in hostilities loses their right to ‘civilian’ status under international law. If they died engaged in hostilities, their deaths cannot be accrued as a civilian death.

BURY THE LIES ABOUT NOT GIVING FOOD & MEDICINES

Statistics have proven this – as enough of records reveal that not only the UN agencies but the GoSL sent enough of food & medicines to the people though LTTE confiscated these for them & their families.

Witness accounts by Tamils who fled LTTE reveal how Tamil civilians were denied food & medicines that were sent from Colombo to them.

BURY THE LIES ABOUT SHOOTING CIVILIANS

There are enough of appeals by UN Secretary General, Foreign Envoys to ask LTTE to release Tamil civilians, the sick and children. LTTE refused to comply to these requests.

Tamil civilians who escaped LTTE related how LTTE shot at them when trying to flee. How many Tamil civilians did LTTE shoot and kill? These deaths cannot be credited to Sri Lanka Armed Forces.

Everyone is also silent about the INJURED LTTE who became a burden to the LTTE and were put inside buses, given tea and without their knowledge had the buses torched & burnt with them inside! How more gruesome can a terrorist movement get, than to kill one’s own colleagues.

BURY THE LIES ABOUT SAVING TAMILS

TNA manifestos from the inception of commencing as a political alliance in 2001 openly declared LTTE to be the sole representative of the Tamils & acknowledged that TNA too regarded them so. This stance has not changed.

If LTTE was representing Tamils why would LTTE kill Tamils?

How many Tamils did LTTE kill – not only in Sri Lanka but even overseas including LTTE combatants & leaders of other Tamil militant groups.

How can LTTE or TNA say LTTE was saving Tamils – when LTTE had to kidnap Tamils to forcefully join their outfit & form their fighter units. One third of their units included kidnapped Tamil children & women. What would have life been for these children if they did not lose their life to becoming cold blooded murderers. They lost their entire youth to terrorists. Similarly, even now LTTE fronts are bullying Tamils overseas and gang warfare prevails in France, UK & Canada.

ALLOW COMMUNITIES IN SRI LANKA TO SORT OUT PROBLEMS AMONGST THEMSELVES

There is no community who do not have problems. No one can solve or has solved the problems that exist round the world. Some things are best left to time. Contrary to what gets promoted & is often fake news, the communities in Sri Lanka are not at loggerheads. They may have their differences, they may argue but none of these situations are likely to escalate into wars & it is best that LTTE Diaspora get on with their lives too. As long as they continue to spread fake news & lies, there will be many more questioning & challenging them to prove the lies.

Let time heal – people want closure. The rehabilitated LTTE including the child soldiers do not need to be reminded of their past. They need to rebuild their lives & start a new chapter. The LTTE diaspora should allow them to.